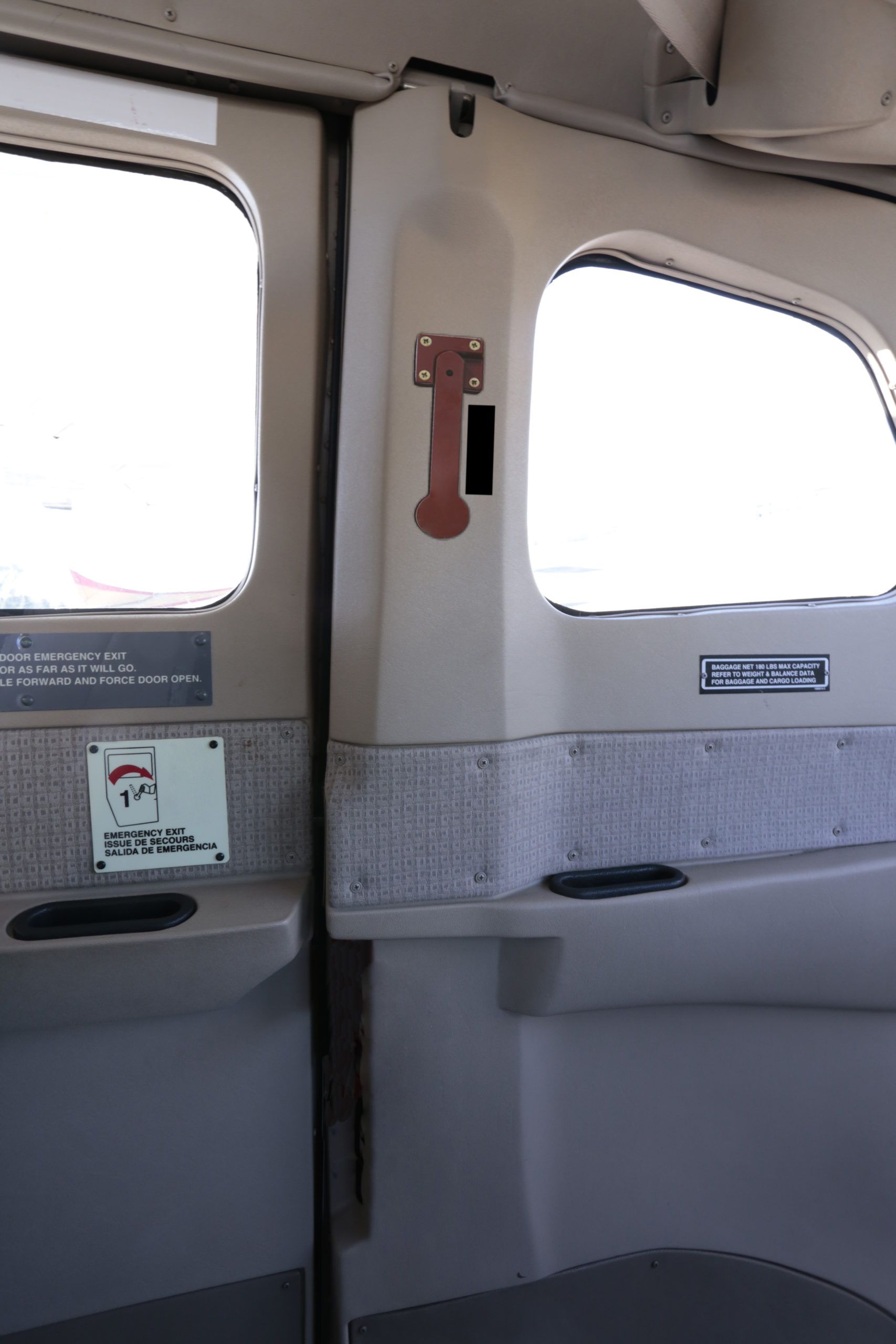 Wipaire is engineering a fix for a long-standing issue with Cessna 206 aircraft in which emergency escape from the rear seats is hampered by deployed flaps. Wipaire VP of Engineering Brad Kutz said they’ve moved the latch for the rear cargo door to the inside from the door frame to make it accessible during an emergency. The 206 has double clamshell cargo doors and the flaps block the opening of the forward door. That makes it difficult to open the rear door because of the factory latch position. The original design has been blamed for at least eight deaths in the last 30 years including a 2019 landing accident on a lake in northern Canada in which three passengers survived the crash but drowned because they couldn’t escape from the inverted aircraft. Transport Canada subsequently issued an AD that required removal of a middle seat to allow rear seat passengers easier access to the front doors of the plane in an emergency. The FAA is now reviewing the Canadian action to determine if it will also issue an AD.

Kutz said the Wipaire fix is relatively simple and reuses most of the existing latch and door pin parts. “It’s easy to install in one day,” he told AVweb in an interview. Cost of the mod is expected to be less than $10,000. He said the company has been in consultation with Transport Canada and the FAA on the engineering. Wipaire is also designing an exterior latch for the rear cargo door that would make it easier for rescuers to get inside to get passengers out. As we reported earlier this month, two Canadian companies have collaborated on a fix involving a spring-loaded flap on the front cargo door that folds out of the way to allow the door to open.