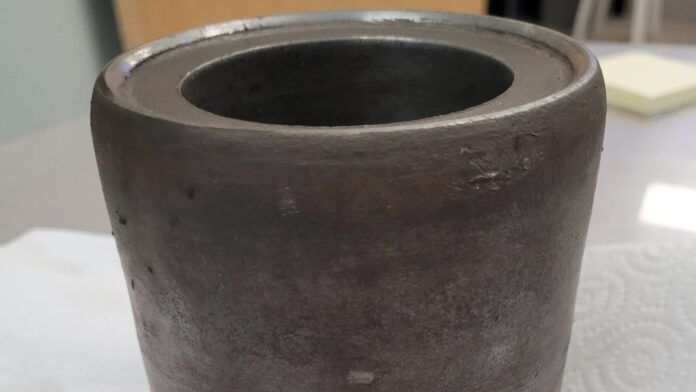 The FAA has joined the hunt for the airline and airplane that dropped a substantial piece of hardware on the granite sidewalk in front of the Maine State Legislature in Augusta, narrowly missing a Capitol Police employee. The 6- to 7-pound machined hunk of steel, which may be a sleeve or bushing of some sort, hit the rock courtyard a few feet from the guard about 12:30 p.m. last Friday. So far, it doesn’t appear anyone has formally identified the hunk of metal (anyone out there willing to take a stab?) nor are there any reports of any landing issues with aircraft that were in the area at the time.

“The FAA has launched an investigation while attempting to locate the source of the part which is likely from a large airliner on an international route,” the agency said in a statement last week to USA Today. Meanwhile, the police said their employee didn’t miss a beat but he definitely had something to think about. “It definitely shocked him,” Capitol Police Chief Matthew Clancy said. “He was walking back to the building and got quite a wakeup call.”