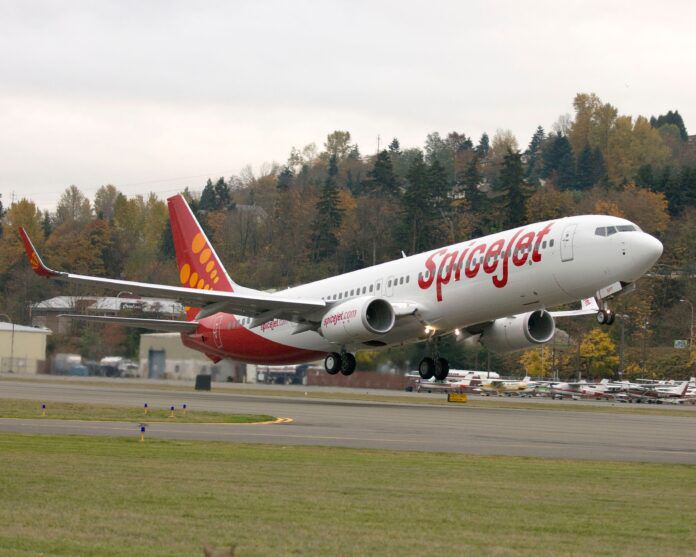 Indian authorities have suspended the license of a SpiceJet Boeing 737 captain after turbulence injured 15 passengers and crew and damaged parts of the interior on a May 1 flight. According to SimpleFlying, the Directorate General of Civil Aviation (DCGA) says the pilot elected to fly through an area of bad weather that other crews were avoiding, but a preliminary report by the Air Accidents Investigations Branch says the crew that flew the same plane immediately before the flight had snagged the weather radar.

The plane was on a flight from Mumbai to Dugapur and was on its descent when the turbulence hit. The aircraft recorded loads of +2.46G to -1.36G in the rough weather, and that caused overhead bins to spill their contents and for passengers and service items to be strewn around the cabin. Of those injured, most suffered cuts and bruises but two had serious injuries requiring hospitalization. The plane reportedly hit a “Kalbaisakhi,” which is a pre-monsoon storm that can result in severe thunderstorms and heavy rain.