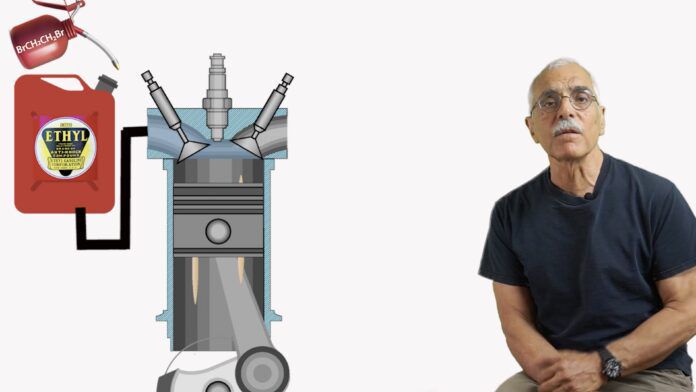 The Long, Twisted And Slightly Ridiculous Story Of Avgas

Good articles 1 and 2. I didn’t see much on the FBO’s point of view. I talked to my home airport FBO. They can’t afford multiple fuel tanks and pumps so they only sell Jet A and 100LL. The types of fuel that they buy are limited to what they can sell. Right now there is no market for 100UL or 94UL at most FBOs so they don’t buy those fuels. Swift Fuel’s 94UL is nice but can’t be used in high compression engines. It’s unlikely that a FBO would spring for separate fuel trucks for 100UL and 94UL. They would sell more 100UL than 94UL since 100UL would work in low or high compression engines.

As an owner with a Lycoming O-360-C1F 4-cylinder engine, I would be willing to buy 94UL or 100UL if either was available at my airport. Unfortunately, GAMI left my low compression engine off the AML for 100UL although Swift Fuels has an STC for my engine. My engine doesn’t have a MOGAS STC available and even if it did I’m not going to lug 8 – 15 5-gallon cans of 93UL from the local ethanol-free gas station in my Subaru Outback. One of the troubling things about MOGAS is the less rigorous certification and inspection processes that occasionally result in contaminated fuel. That happened to one of my cars and it was tough to start and ran quite rough until a mechanic diagnosed the problem as fuel contamination. I don’t want that to happen in the air.

Yet another study like EAGLE isn’t going to speed anything up after 30 years. Isn’t the definition of “insanity” continuing to do the same thing while expecting different results?

A crisis that applies market pressure is one sure way to jump start this process. Removing the exemption for lead in AVGAS would be the surest way to create such a crisis but there would be a lot of pain caused to aircraft owners in the process. An alternative to a crisis is to make selling 100UL so profitable that manufacturers and distributors would spend money to make more money. What about using the Aviation Trust Fund to help this process? Some of the $3.9B for Airport Infrastructure could incentivize a lot of GA airports to bring in separate 100UL trucks for owners with the GAMI STC. The FAA could help a lot by expanding GAMI’s 100UL STC AML to include other engines, like mine. This would be a bold step for an agency that is so mired in bureaucracy and would require strong leadership. However, it would directly support the FAA’s mission to improve aviation safety by removing lead from the air and water.

Your 2 videos are great journalism. It takes real talent to connect the dots on how we got to where we are today in an engaging and relatable way that honours the facts and the science but also explains the policy “challenges” that surrounds this issue.

My only comment is that I think you should have mentioned the fact that all TEL comes from one factory in England. If that factory were to suffer a catastrophic accident the problem of no 100LL gas is going to get a lot more real for those airplanes that can only run on high octane Avgas.

THE definitive presentation on the subject. Simply outstanding. Kudos and thanks, Paul.

A Step In The Flight Direction

Excellent article! My own interest in aviation started with homebuilts and continues to be focused on homebuilts today. As mentioned by Ariana, I’m often surprised so many people I encounter in the aviation universe have little understanding of its large and comprehensive segment known as E-AB. And I’ve been doing this for 56 years. It’s inspiring to read of Ariana’s continuing path in the aviation field from its homebuilt point of entry.

A well written article. Life, indeed, has a funny way of taking you from your perceptions of what you think you will be and moving you into what you actually become. It is also nice to read about someone who became a pilot for the joy of flying and not so they could move up into the left seat of some airline. Recreational flying can be both an avocation and a profession. I took my first ride in an experimental at the Stoddard-Hamilton facility in Arlington, Washington. I felt that they were good people building a quality product. I suspect that moving from there to the big “B” was quite an adjustment! Best wishes for your future in flying.

During my 15 1/2 years in service at Edwards AFB, I was associated with the F-16 four different times. I’ve had the privilege of flying in them, too. I think the F-16 is one of the few airplanes that not only met its original design objectives but greatly exceeded them. For what they cost vs. the current front line fighters, the USAF, et al, got their money’s worth. Nice to see that some of them will fly on one more time. Also, they’re now being turned into drones as QF-16’s, sadly.

Not widely known, during what was known as the “Lightweight Fighter (LWF)” flyoff in 1974, the Northrop entrant — the F-17 — that didn’t win the competition (IMHO correctly) went on to be resurrected as the F-18 Hornet for the Navy. So BOTH entrants into that fly off competition nearly 50 years ago were ultimately successful.