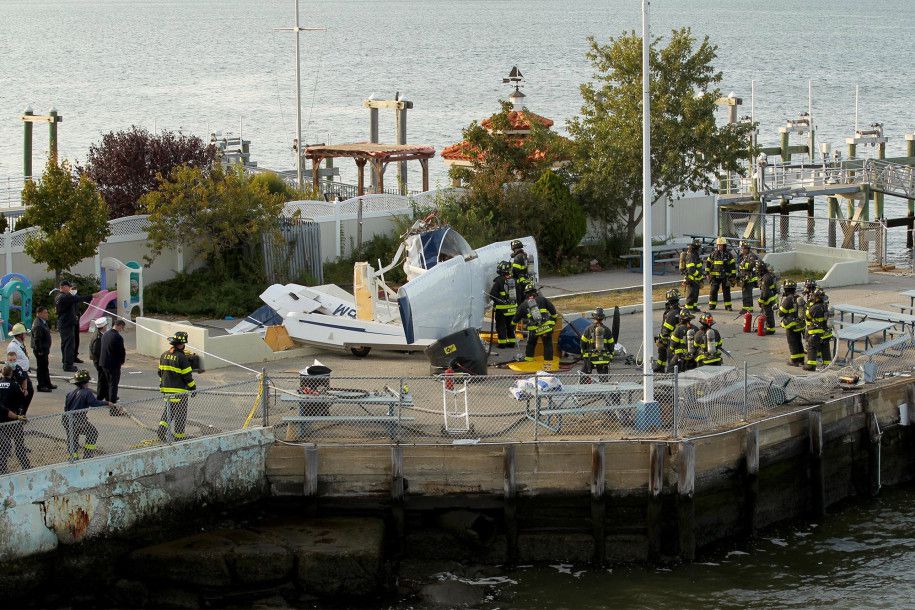 All the usual authorities are investigating a strange seaplane accident in New York City that killed a woman and sent three people to local hospitals. The Cessna 182 on floats hit a pier near the Throgs Neck Bridge in Queens. The mangled wreck of the aircraft ended up mostly on the dock. There were three people on the airplane, including the 60-year-old woman who died and the fourth person was reportedly a Good Samaritan on a jet ski.

The aircraft was owned and presumably piloted by Joe Oppedisano, a prominent New York restaurateur who kept his aircraft in a hangar by the pier. Neighbors interviewed by the New York Post said Oppedisano flew frequently from the pier and lives nearby. Fire Department of New York Commissioner Dan Nigro said he is assuming the accident happened shortly after the aircraft landed. “Witnesses said the plane was traveling rather fast along the water, skipped twice and hit the pier,” Nigro told the Post.