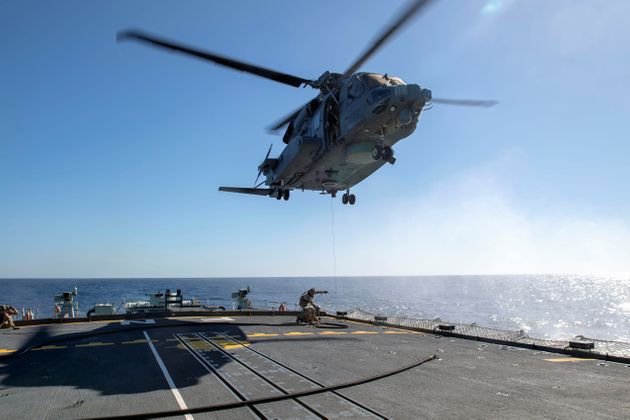 Canadian military authorities say the pilot of a Sikorsky CH-148 Cyclone anti-submarine helicopter was apparently overruled by the aircraft’s fly-by-wire flight director and autopilot just before the aircraft crashed in the ocean off Greece on April 30. Preliminary assessment of the flight data recorder information recovered from the wreck of the helicopter, a military version of the S-92, showed the pilot had a “conflict” with the aircraft’s computer and the computer won. He and five other crew members were killed. Lt.-Gen. Alain Pelletier, commander of 1 Canadian Air Division, said the aircraft’s flight director ended up “in competition with the inputs that the pilot was trying to actually induce in order to set the recovery. That element of conflict resulted because of the flight-control inputs.”

Pelletier said the series of inputs from the pilot created a scenario that had not been tested during development of the sophisticated control system but did not elaborate on what, exactly, the computer disagreed with. Those intricacies will be dealt with in a thorough investigation of the accident but in the meantime, Canada’s Cyclones have been cleared to resume flying. Pilots have been trained in the “very narrow band” of flight conditions they need to be aware of to avoid a repeat of the circumstances that caused the fatal crash. The flight manuals have also been amended. The ship-borne helicopter was returning to HMCS Fredericton after a NATO exercise when the crash occurred. The wreckage was recovered by an underwater drone from water more than 10,000 feet deep in the Ionian Sea and the remains of all the crew members have been identified.