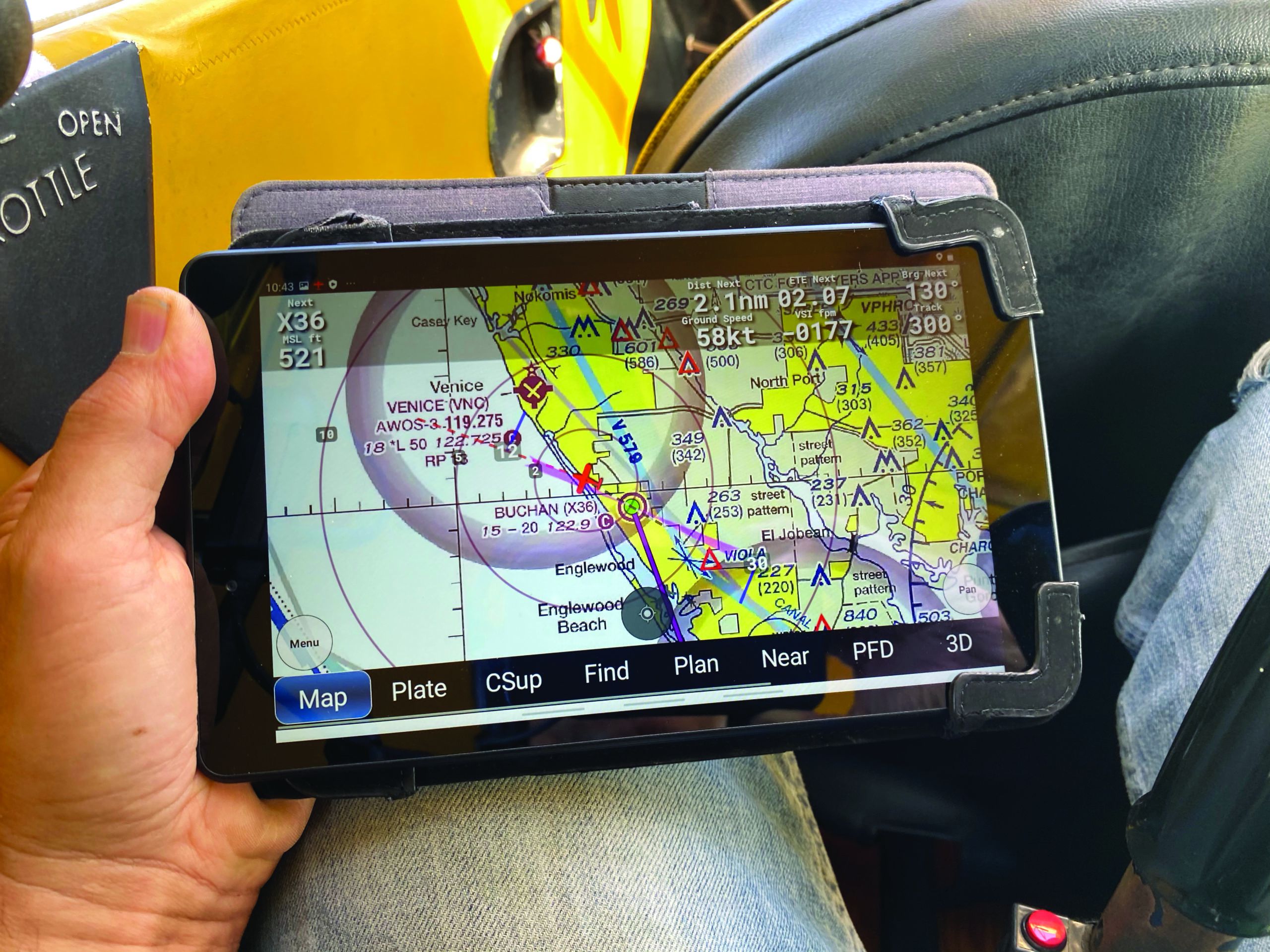 Around the virtual conference table in the editorial offices, no declarative statement induces more heartburn than this: We need to look at apps. To get the reflux rising in the throat, add: again. That’s because compared to evaluating aviation apps, Alice’s rabbit hole is a pleasant picnic on a warm day.

Why? Because almost anyone can write and market an app and sometimes I think everyone has. There are scores of these things and even if you distill them down to just the navigation and planning apps, you’re still left with at least a dozen and you’ll still miss a couple, as I did when I prepared a survey on apps a couple of months ago. (“You forgot Avare you &^%$#(* morons!”) Let’s pause here while I flog myself and check the spelling of mea maxima culpa.

Apps have become so important to aviation that a question occurred to me: Have they really benefited operations and improved safety or are they just another gimmicky distraction? My question, so my answer: Definite yes to the first part, but a definite danger of yes to the second part.

As developers struggle for growth and market share in a universe that’s not expanding much, the only way to gain ground appears to be to improve the product with more features, maybe better performance and improved operability or upscale it to the heavy iron, as ForeFlight is doing under the expert tutelage of mother Boeing. Lowering the price never seems to be part of the business plan, standard supply and demand rules being perversely inverted in anything to do aviation.

Users have noticed. Boy, have they noticed. Our survey—which was answered by more than 900 readers—revealed a clear distaste for what is commonly called feature bloat. Apps can do anything and there’s sometimes no restraint in having them do everything, including things you didn’t know needed doing. This mirrors a trend in high-end avionics. Consider the displays of a typical Garmin G1000. It’s festooned with more flashing digital values than the Big Board when the job numbers tank.

Thus, it’s only the déclassé and disadvantaged app that can’t optimize for wind, temperature-corrected fuel burn, CG location to five decimal points, IFR preferred routes adjusted for JetBlue’s afternoon push out of JFK—if they still have pushes—while crunching your taxes as you fly a 49-mile trip to the pancake breakfast. Coming soon: Use the app for a mobile order of the blueberry cakes flung into the backseat as you whiz by on the taxiway. Apps were born for contactless pancake breakfasts.

Don’t get the impression that pilots don’t love apps. They do. An astonishing 82 percent of ForeFlight users consider the app indispensable. But don’t get the impression pilots think they’re necessarily worth the money. “New features always come at an increased price. I feel like I joined a book club,” wrote one pilot, putting his thumb on the newly discovered golden goose of American business. We no longer just sell stuff, we provide “ongoing value” by charging monthly subscription fees that are just a few pennies short of causing the user to flee, but are many pennies north of a good business for app builders.

Not that I think this is morally wrong or a bad thing. It’s just that I sometimes mightily tire of the number of companies that nick me for basic fees: Amazon, Apple, Adobe and I think about a dozen more whose charges are buried somewhere in my VISA statement but, like everyone else, I forgot what they’re for and they know I don’t have time to find out.

It’s not clear to me how much more apps can be made to do that delivers usefulness equal to the effort of learning new features. That’s another complaint revealed in our survey. Constant churn of features and capabilities seem to irritate as many people as they delight; maybe more. Just as you were getting the hang of it, the developers throw the change up. Personally, although I’m not a Luddite, I have gotten along in life quite admirably by being morally opposed to all change.

Has the profusion of apps changed or improved the experience of aviation? Yes, but let’s not get carried away. Oh, how I would have killed a couple of decades ago when I was flying charters to just push a button to reverse the flightplan, get the briefing and file when the clients showed up to go home. This is dream capability. So is having datalinked weather and traffic through ADS-B In. Used correctly, these must certainly be safety enhancers. Used correctly, they must certainly integrate the pilot’s brain more intimately into the act of flying an airplane.

Weather-related accidents have trended downward for a decade and sharply downward since 2015. Could app-retrieved and processed weather be a factor? It’s possible. On the other hand, a correctly used app should allow planning that makes it absolutely, positively impossible to run out of gas, but we’re still doing that at least several dozen times a year.

It’s not clear to me where the industry will take these products from here. Tablet performance has plateaued and isn’t much of a factor in how these things work anyway. Readers tell us they already do more stuff than most have a need for and it’s getting to the point where, you know, actually flying is secondary to fetishistic devotion to a clever assemblage of silicon, glass and lithium. A recent poll we conducted here on AVweb revealed that only 11 percent of pilots don’t fly with a tablet at all. That doesn’t leave much headroom for growth.

But if you’re among that group or you’re tired of paying for an app, click over to eBay and buy yourself a used Samsung Galaxy or Tab for about $100. Load it with the Android-based Avare, and you’re into the game for pocket change. I’ve been using this setup in the Cub to amuse myself when the view out the open door gets boring. Well, it never does. But I’m trying to do my part to keep apace.