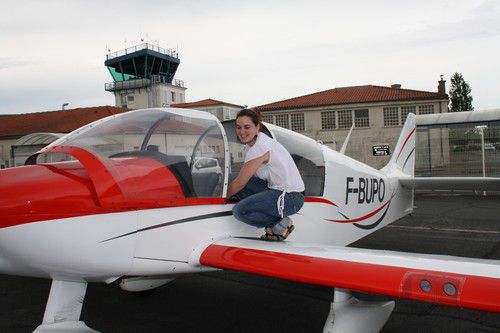 The mayor of a French city has ignited a nationwide controversy in the aviation community by cutting funding to two local flying clubs and saying kids should be discouraged from pursuing their aviation dreams. “It was my childhood dream to take a plane and go to the other side of the world,” said Léonore Moncond’huy, the mayor of Poitiers in west central France. “But I think that you do not realize that we must protect children from some dreams. It is sad to say but aviation should no longer be part of today’s children dreams.”

Moncond’huy represents the Green Party and said hobbies that rely on non-renewable resources must be discouraged so her council has ended the subsidies it has previously provided motor sports clubs. If the decision catches on with other communities, it could have some serious consequences for initial flight training in France. Most flight training is done through aero clubs and North American-style flight schools are relatively rare. The subsidies from local and federal governments are part of funding for sports teams and other weekend warrior activities and Moncond’huy said it’s flying’s reliance on fossil fuels that killed its grant chances with her. “It is not a question of principle; it is a question of fiscal responsibility,” she said. “We consider that taxpayers’ funds must no longer subsidize sports based on consuming non-renewable resources.”