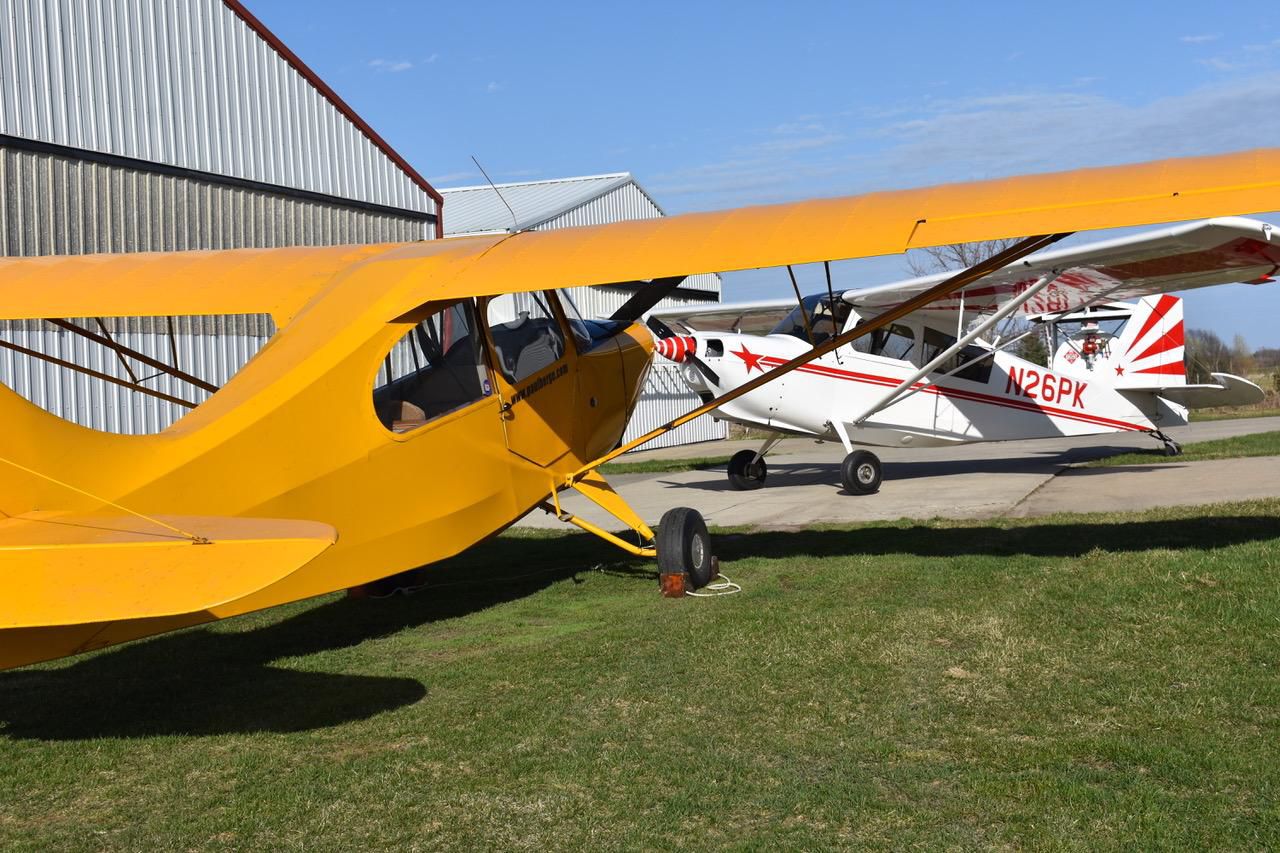 Many times I’ve shared a thermal with a vulture or even a Red-tailed hawk, but I have yet to share one with a Bald eagle. And the few times I’ve shared the sky with them, they offered little or no accommodation, so instead, I yielded. Are Bald eagles airborne snobs? I think so.

However, what mostly caught my eye about Paul’s article is that he has two airplanes, and they both have names. How is that possible? Over the years, I’ve met so many pilots and airplane owners that had airplanes personalized by mostly affectionate names, but as much as I’ve tried, I’ve never been able to award a moniker to any of my winged companions. Instead, and no matter how much affection, kindly words, and wax I bestow upon them, they have always been known within my tiny group as the Taylorcraft, Cub, or Luscombe or perhaps even worse during an open display of foul mood. I think I’m jealous of the relationship Paul has with his airplanes.

The Future Of Experimental Aircraft

I’m heartened at such an optimistic outlook for the future of homebuilts. Hopefully that translates into successful liquidation of the three I currently own and fly. While still enjoying the hard pulls and pushes of my acro planes, to include an RV-4, at 73 I must confront the reality that eventually the Pitts and Laser will need younger owners.

One of the biggest obstacles to aircraft ownership for the average Joe six pack pilot are the costs. I completed the RV-4 in 1989 at a total cost of $23,000 and change. That included an overhauled Lycoming 0-320 and professional paint. I won’t detail the costs of those two items today, but they have increased far beyond the rate of pay for the six pack pilot’s income. In fact, last year’s bare bones RV-4 kit, minus engine, prop and all the other stuff firewall forward, was north of my completed aircraft in 1989. According to the [Social Security Administration] website, wages have not increased with the pace of inflation especially as it relates to aviation.

Time will tell if the prognosis is on target…and for my own piece of mind hope so.

As an ATC kinda guy for 38 years, the SWA rant reminded me of a few similars I have heard throughout the facilities through the years, hopefully when the mikes were not keyed…usually. Most of our rants were pretty damn funny though whether PC or not. And then there was me. I once recorded an ATIS one hour at LGB. My rant began immediately as I unkeyed the ATIS mike…or at least thought the mike button unkeyed. Our pilots found it so entertaining that no one mentioned “hey tower. You need to listen to your ATIS” until long after the deed was done.

What concerns me are two points: 1) the failure to follow the safety protocol of a sterile cockpit, and 2) the degree of emotional distress this pilot is experiencing that leads him to lose control his emotions. Why is this professional so distressed? Why does he seem to feel so threatened by the issues he mentions? THAT is what Southwest Airlines also needs to address.

Poll: Have You Experienced Any Delays Due to Supply Chain Issues?