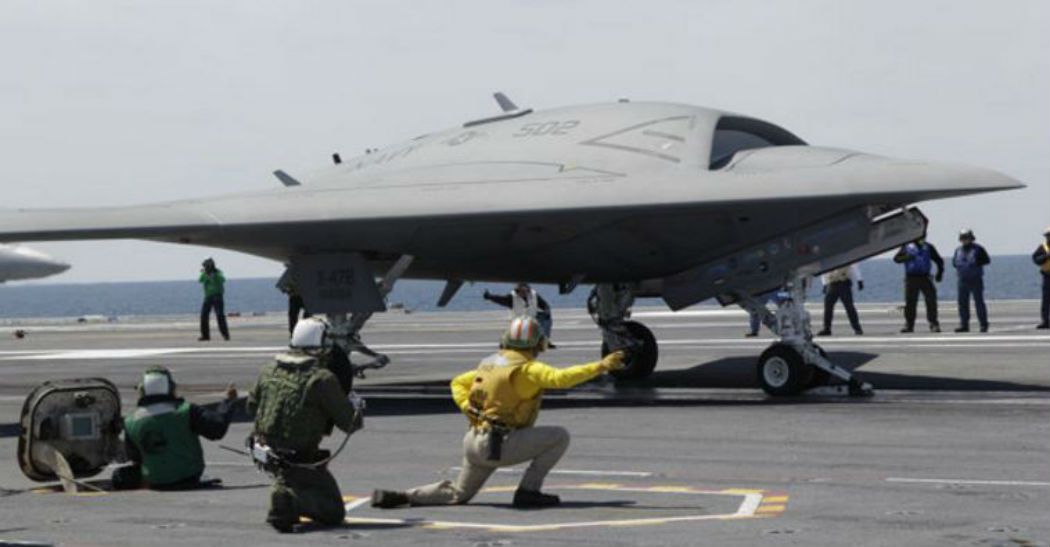 The Navy says the forthcoming replacement for the F/A-18 will likely be a manned aircraft but it might be in the minority as part of the overall fleet. Rear Adm. Gregory Harris, who’s in charge of steering the Next Generation Air Dominance Program (NGAD), told a Navy League breakfast last week that the new carrier-borne fighter will be one of several new platforms acquired as part of the program. “We truly see NGAD as more than just a single aircraft. We believe that as manned-unmanned teaming comes online, we will integrate those aspects of manned and unmanned teaming into that,” he said.

That could mean that up to 60 percent of the fleet will be unmanned. They might be aircraft that accompany the manned aircraft or they might be surveillance and control platforms. Harris said the in-house term for such aircraft is “Little Buddy.” F/A-18s need to be replaced in the 2030s and the strike aircraft will be the first to go. The electronic warfare versions, known as Growlers, will follow and E-2C Hawkeyes will also be replaced. The Navy is already trying out the MQ-25 refueling drone and that will help guide the future mix of aircraft operations. “Again, a lot of that’s going to be dependent on the success we see with the MQ-25 Stingray, on our ability to truly learn how to operate around the aircraft carrier and safely execute that both on the flight deck and then airborne,” Harris said.