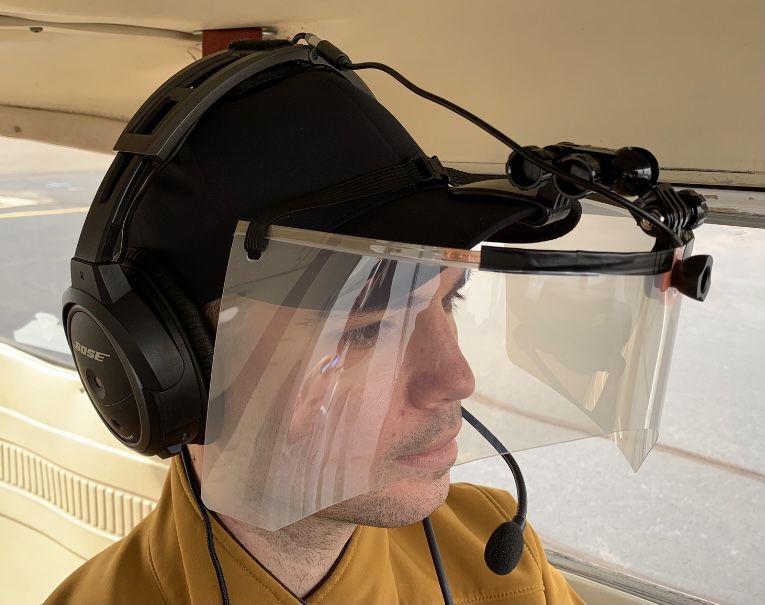 View limiting devices (VLDs) haven’t changed much over the years, but ICARUS Devices is a new company that’s set out to change the instrument hood as we know it with its smart VLD. Ahead of Sun ‘n Fun 2021, the company was showing the device, which uses a Polymer Dispersed Liquid Crystal (PDLC) film that changes imagery from clear to opaque via an external battery-powered control module, plus a smartphone app for scenario-based training.

The app enables the instructor to dial in the desired visibility over several modes, while also changing the transition time to better simulate real-world IMC. The device, which is available in fixed-wing and helicopter models, can be custom cut to better fit a variety of instrument panels and uses GoPro ball mounts that allow for adjustability when the hood is attached to the brim of a ball cap or sun visor.

The device was developed by Nick Sinopoli, a military helicopter pilot, who hinted that future versions of the smart VLD might interface with third-party apps to better simulate real-world weather along a training route. The company is taking orders for the fixed-wing device at $1000 and $1500 for the helicopter version.

“When I started this project I just wanted to make a better training hood because instrument training is often shortchanged when the student takes the hood off at the decision point on an approach, for example,” he said. With the smart VLD, the student can keep it on as the instructor changes the visibility throughout the rest of the approach, including the critical circling phase, as an example.

See the ICARUS smart VLD in action in the video, and visit www.icarusdevices.com