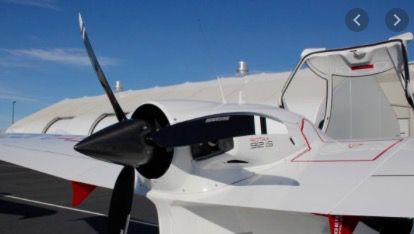 There’s a multitude of good reasons pilots should do a thorough walkaround before every flight and the occupants of an Icon A5 found yet another one earlier this month. The pilot and his passenger had just finished washing the sporty little amphib on the afternoon of June 3 and were taking it out for a hop from the seaplane base at Sky Harbor Airport in Duluth, Minnesota. After turning into the wind, the pilot hit the gas and about five seconds later there was a really loud bang coming from behind their heads, according to the NTSB factual report.

“[The pilot] shut down the engine, climbed out, looked back, and saw that all three propeller blades were missing,” the report said. “At this point, the airplane started to sink. He and his passenger donned life jackets and evacuated the airplane.” The prop blades pierced the fuselage and it went under. The pilot reportedly had one of those unwelcome flashes of recall and told investigators a few days later that while he and his friend were washing the plane, they’d put a portable speaker on the wing to entertain them in their labors. He theorized “that the speaker must have rolled over the engine compartment and into the propellers.” He also said he didn’t remember putting the speaker away and hasn’t seen it since.