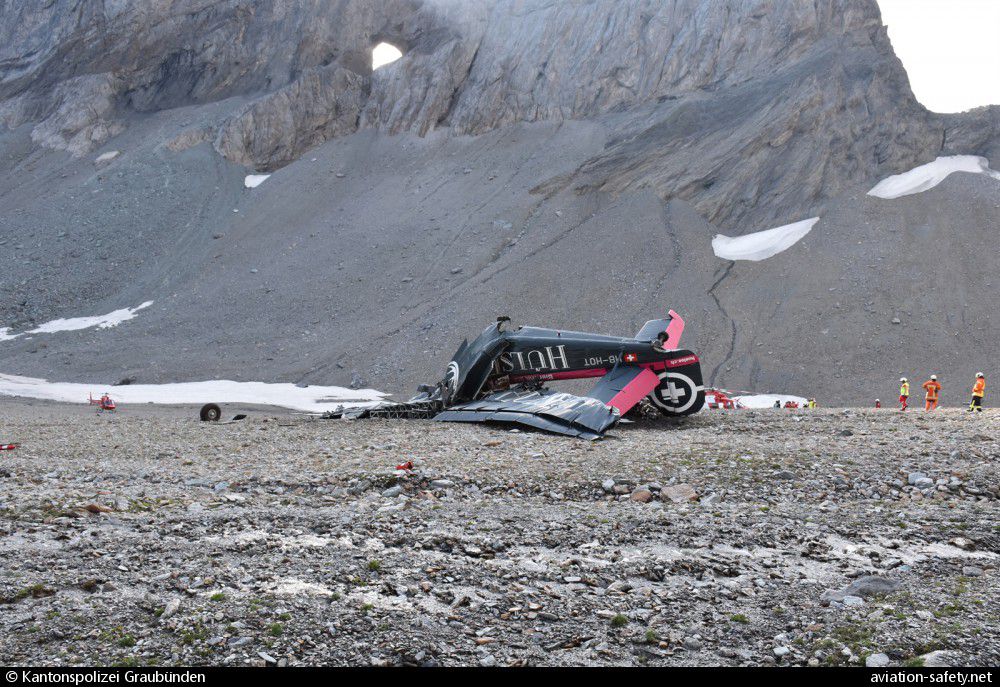 The Swiss Transportation Safety Investigation Board has determined a couple of highly experienced but reckless pilots flying a non-airworthy Ju-52 vintage aircraft entered a stall/spin that killed them, another crew member and their 17 passengers on a sightseeing flight on Aug. 4, 2018. The aircraft was flown at low altitude and too close to the rugged terrain at low airspeed. The board deduced it was momentarily upset by turbulence that the pilots should have expected and accounted for in flying the plane in that area. The three-engine transport spun nearly vertically into a mountainside near Piz Segnas in the Swiss Alps. “The flight crew piloted the aircraft in a very high-risk manner by navigating it into a narrow valley at low altitude and with no possibility of an alternative flight path,” the board determined. “The flight crew chose a dangerously low airspeed as regard to the flight path.”

But the investigation also determined that the risky behavior was nothing new. “The flight crew was accustomed to not complying with recognized rules for safe flight operations and taking high risks,” the report said. Both pilots were high-time former Swiss air force pilots who were well trained in mountain flying. The board said their decision to fly at about 300 AGL and about 100 feet horizontally from the ridges could not have been borne of ignorance. Rather, it said, it reflected a deficient safety culture that permeated every aspect of the company that operated that aircraft and its two sister Ju52s on hundreds of passenger flights every year.

“In particular, the air operator’s flight crews, who were trained as Air Force pilots, seemed to be accustomed to systematically failing to comply with generally recognized aviation rules and to taking high risks when flying Ju 52 aircraft,” the report said. It also found shoddy maintenance performed by technicians who were not up to the job and that the three BMW radial engines were not able to make full power. The tour company at the time of the crash, Ju-Air, went out of business in 2018 and a new company, Junkers Flugzeugwerke, is trying to regain government approval to operate the two remaining aircraft.