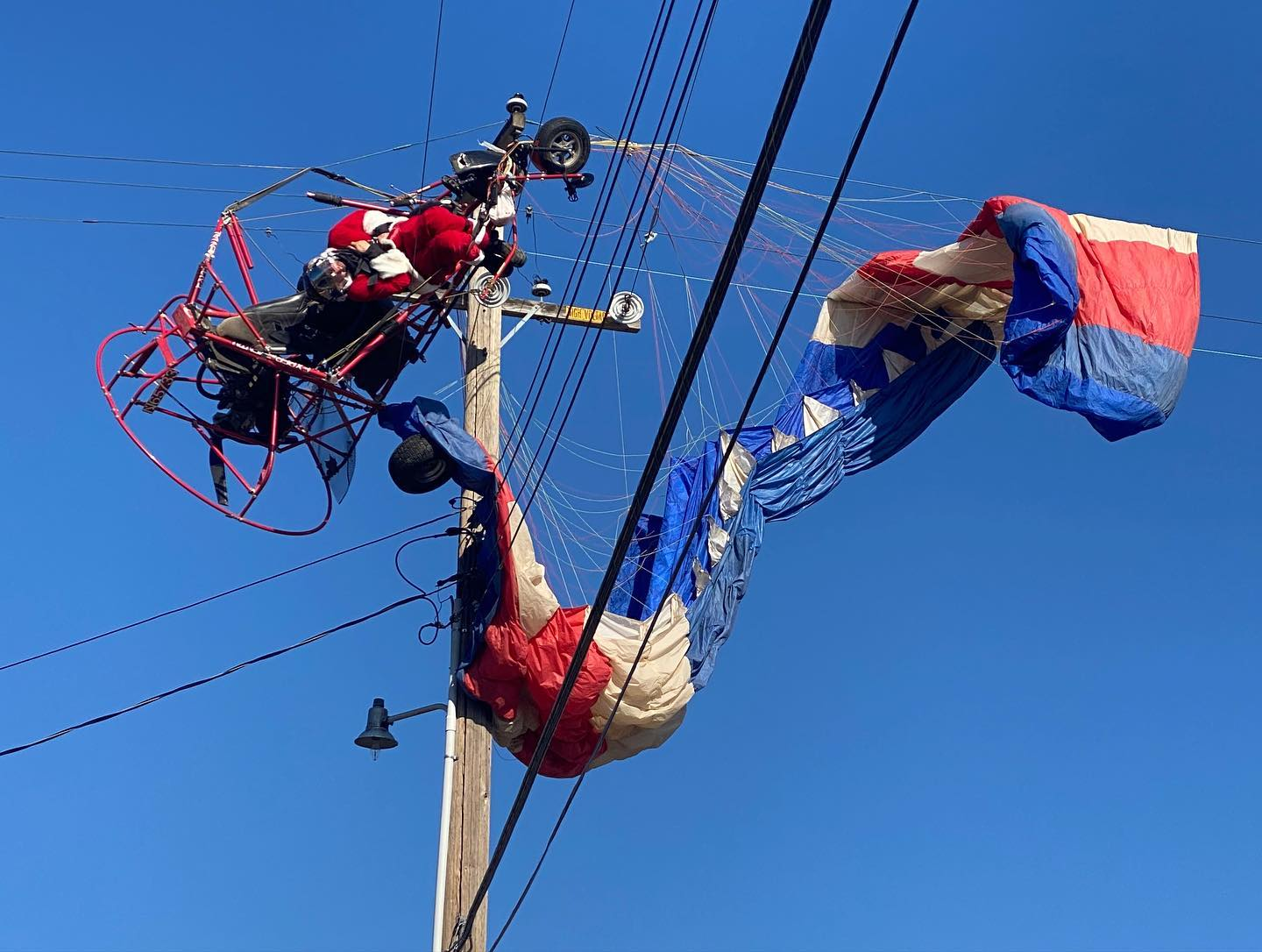 Apparently one reindeer short of maintaining flight, a man dressed as Santa crashed his powered parachute into power lines on Sunday. Santa held fast while Sacramento fire and rescue brought him safely to ground. According to local reports, the incident happened after he “took off near a school in Rio Linda to deliver candy canes to children in his community.”

Colleen Bousliman, who lives nearby, told local reporters that he flies overhead often. “He flies just around so people can see and flies around people’s houses,” she said. “This was the first time he was in his Santa suit.” Sacramento Metropolitan Fire District spokesman Chris Vestal noted that some 200 residents lost power while he was extracted from the wires. “It’s unfortunate, but we all need to remember that there’s still a lot of good out in the world, there are people doing good things and to look at the brightness of the holiday season,” Vestal told the local news.

The FAA reported the incident but has not said if it will be investigating further. No word on whether Santa will have to take a 709 checkride before the 25th.