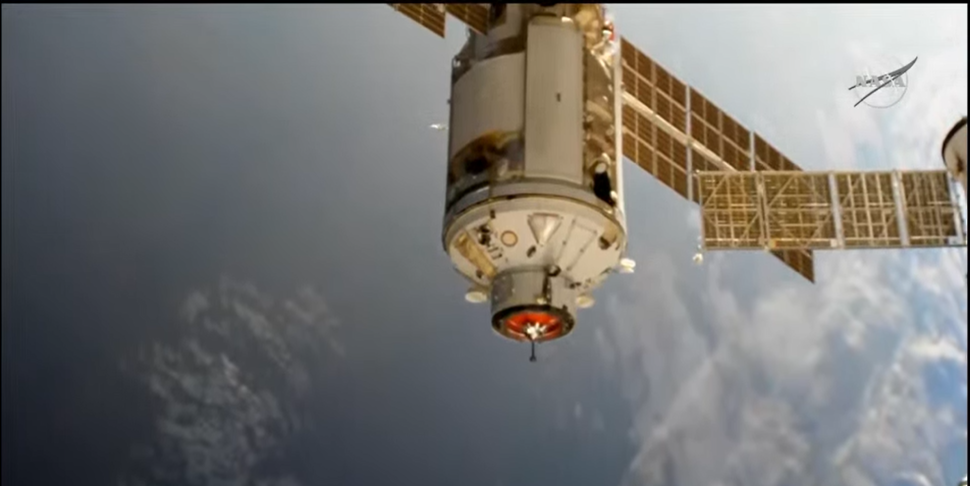 NASA and Boeing have postponed Friday’s planned launch of the Starliner crew capsule to the International Space Station to Aug. 3 after a mishap briefly upset the ISS on Thursday. An uncommanded firing of the thrusters on a Russian science research module tilted the entire orbiting structure about 45 degrees before automatic systems on the ISS counteracted the attitude error. There were no injuries and astronauts aboard the space station are now running tests to ensure it wasn’t compromised. “Obviously, when you have a loss of attitude control, that’s something you want to address right away. But the crew was never in any immediate emergency or anything like that,” Space Station Program Manager Joel Montalbano told space.com.

The Russian module Nauka had finished autonomously docking with the Zvezda module, which was already attached to the ISS. Two Russian cosmonauts in Zvezda had just opened the hatch to the new module when its thrusters “inadvertently and unexpectedly” fired. The space station detected the anomaly and ordered the Zvesda module to fire its thrusters to compensate. There were some tense minutes when NASA lost communications with the ISS for seven minutes but the station was righted quickly.

The Friday Starliner launch was to be a critical second uncrewed orbital test flight with a stop at the ISS. The first test failed to reach the correct orbit and the capsule had to be recovered at the White Sands Space Harbor in New Mexico in 2019. Tomorrow’s flight was to be a do-over test in advance of a crewed flight. “The move allows the International Space Station team time to continue working checkouts of the newly arrived Roscosmos’ Nauka module and to ensure the station will be ready for Starliner’s arrival.”