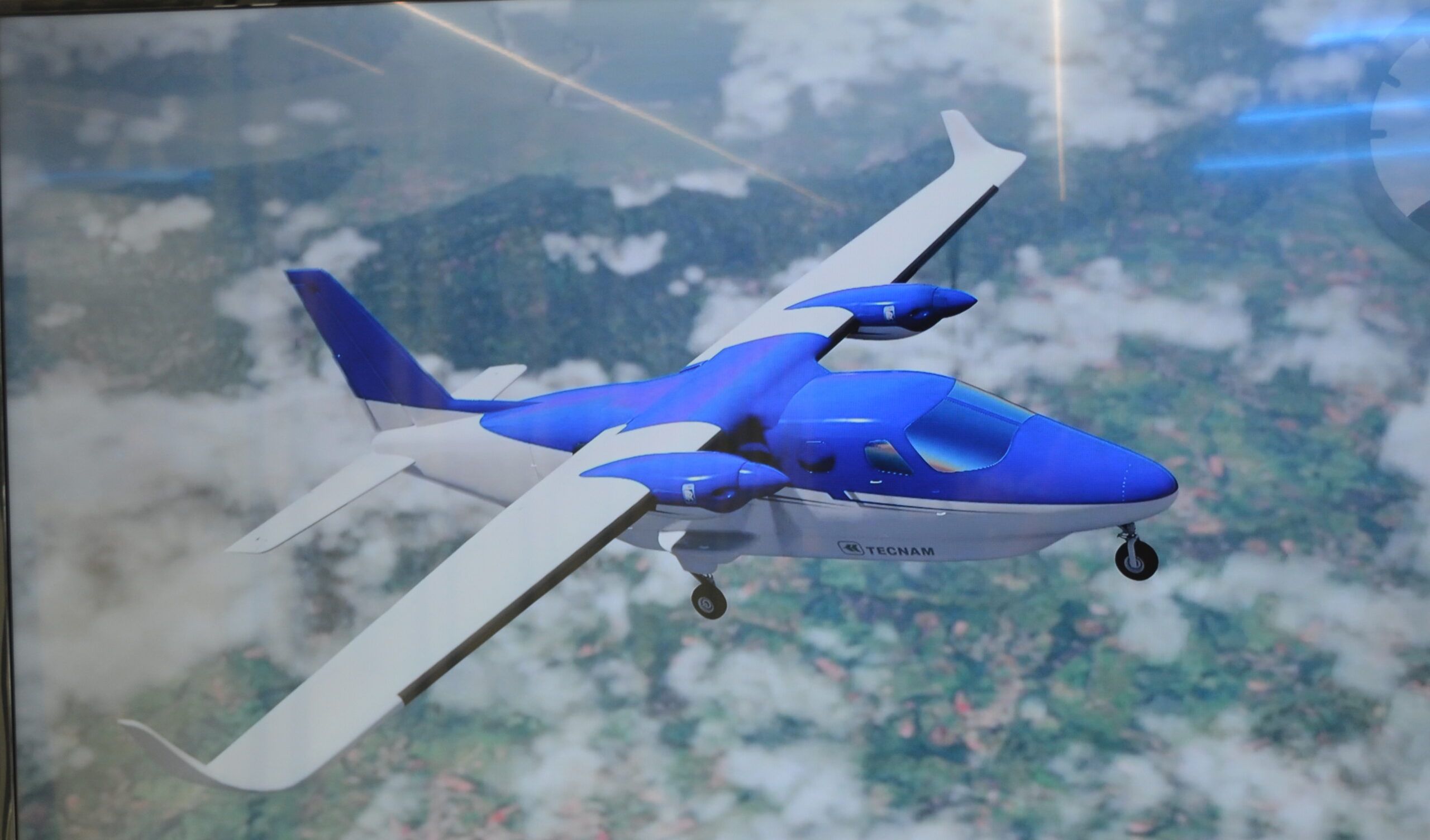 At an AirVenture press event, Tecnam reported on two P2006T light twins it has sold to NASA as test beds for its X-57 multiple-motor-placement electric propulsion tests, as well as updating progress on its P-Volt electric aircraft project.

Nick Borer, Advanced Concepts Group Lead at NASA’s Langley Research Center, said the agency was looking for a lightweight, high-wing airframe with a large cabin (to hold test equipment). The high wing makes it easy to remove and replace with the various test airfoils NASA will use in the tests.

The two light twins were purchased while on the assembly line so the aiframes could be customized for NASA’s needs. The first flight for the project is scheduled for later this year. “Tecnam was very cooperative with supplying data on the airplane,” said Borer. “It’s unusual to have access to blueprints and test reports, and that saved us a lot of time.”

Tecnam is working with Rolls-Royce Electrical on the propulsion system for the P-Volt, which is an electric-powered version of the 11-seat, piston-engine P2012 Traveller. The launch customer is Norwegian short-haul regional airline Wideroe, which flies to 41 locations within Norway, with many flights of less than 100 miles. Hyannis, Massachusetts-based Cape Air, already a P2012 operator, has also expressed interest in the P-Volt. David Copeland, Tecnam’s U.S. sales director, cited additional market opportunities for the P-Volt with cargo and medevac operators.

Copeland said that pricing information on the P-Volt should be available later this year. Current range is estimated at 100 nautical miles per charge, calculated with a battery at 80 percent of its service life. Tecnam said it would be unrealistic to calculate range using a fresh battery.

Rolls-Royce is currently evaluating options for battery chemistry and Dr. Qinyin Zhang, R-R business area lead for commuter aircraft, said the powerplant maker has not finalized that decision for the P-Volt power train. Tecnam also points out that long-term specs on range and endurance will evolve with advances in battery technology. In other words, it’s not possible to say now what will happen to battery performance between now and when the P-Volt goes into production, and Tecnam is designing the aircraft and its systems to accommodate that moving target. They have already developed a two-meter wing extension and dedicated winglets for the P-Volt version of the airframe. Tecnam cites the advantage of having a proven, known airframe in the P2012 to transition to electric power, particularly for customers such as Cape Air, which has experience operating Travellers.