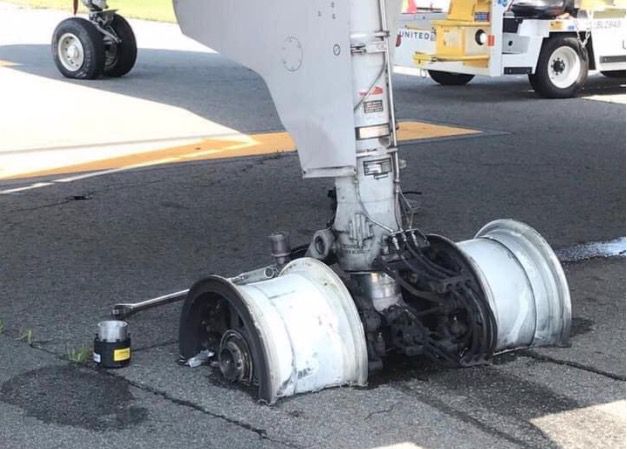 A United A319 crew had their hands full on Saturday after the brakes on the left main gear apparently locked up either as they were taking off from La Guardia or shortly after. According to the Aviation Herals, they diverted immediately to Newark instead of taking the 128 passengers and three cabin crew to Houston. It’s not clear how the issue manifested during takeoff from La Guardia but the crew declared an emergency due to hydraulic problems. They headed straight to Newark and the left mains blew on touchdown.

The tires shredded and the wheels scraped down to the hubs on the rollout. The airplane stayed on the pavement. The occupants evacuated on the slides and Newark reopened in about an hour. La Guardia traffic was briefly disrupted for a debris inspection on the takeoff runway but nothing was found. The passengers took off for Houston from Newark about five hours later on a replacement plane.