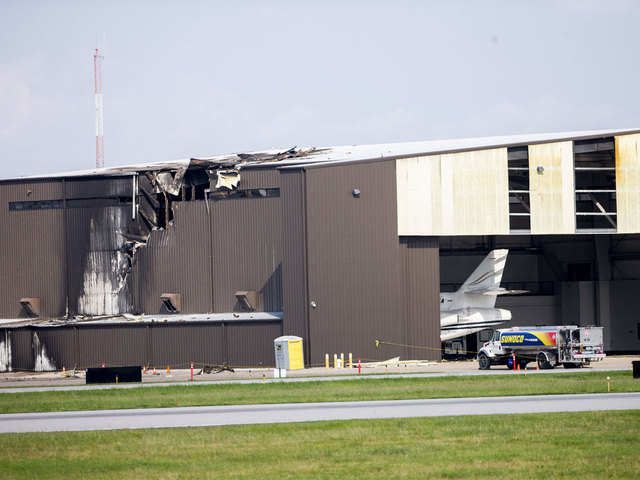 Local officials in Addison, Texas, have confirmed that all 10 people aboard died in the crash of a King Air 350 Sunday morning. The aircraft was taking off from the airport near Dallas when it struck a hangar and caught fire. There were no people in the hangar but at least one business jet could be seen inside in photos taken from the field. Officials did not release any details about the occupants or the ownership of the aircraft by our press time.

Update: The victims have been identified as interior designer Ornella Ellard, her husband Brian Ellard, her daughter Alice Maritato, 15, and son Dylan Maritato, 13. Among the other victims identified were Plano residents Steve Thelen, 58, and his wife Gina Thelen, 57, and 27-year-old Matthew Palmer. The names of the crew members have not been released.

The crash caused significant impact and fire damage to the hangar. Addison city spokesman Edward Martelle told The Associated Press that the fire was put out quickly by airport firefighters. The NTSB will send an investigative team. It was the second crash of a King Air in a little more than a week. Last Saturday, a King Air 65 carrying 11 people, most of them skydivers, crashed while taking off from Dillingham Airfield on Oahu in Hawaii. Everyone died in that crash.