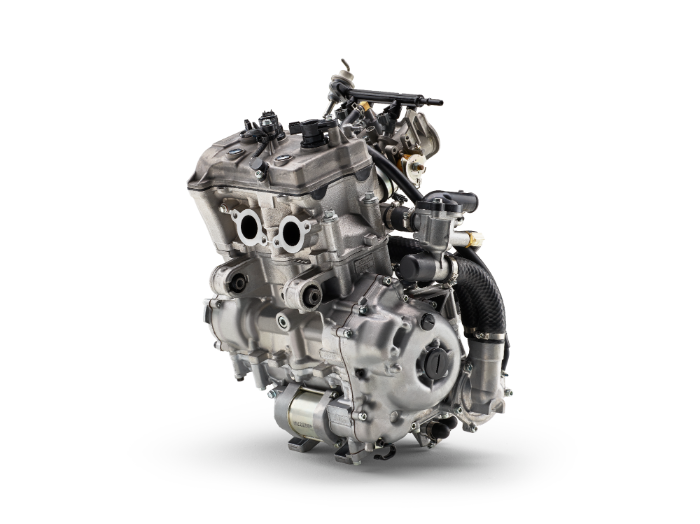 NOW we’re cookin’ with gas!! (Pun intended). THIS idea is long overdue … especially if it doesn’t require avgas, uses automotive technology and is upward scalable to a more reasonable power output. The Honda Fit engines produced by Viking in Florida have proven their reliability and lower cost.

I wish them well. Meanwhile, over at the eVaporware Aircraft Factory …

The future of aviation, (if there’s any future at all) is the EXPERIMENTAL Aircraft. Most every new young general aviation pilot I’ve met has figured out that certified aircraft are just too expensive and out of reach. It doesn’t take a very big calculator to figure that out. Yamaha will have little problem finding buyers for a Rotax competitor.

Who knows, they may start an aircraft engine price war?

Suzuki beat them to it several years ago. They offer an 800cc water-cooled, fuel+oil-injected 2-stroke, digitally-programmable dual electronic ignition powerplant for the recreational aftermarket. Its peak power (85hp@6000rpm) is de-rated to what’s necessary for my Mosquito XE285 experimental helicopter. The stock recoil starter is replaced by an electric starter and radiator fan. It’s a sweet engine.

Rockets are really, REALLY scary things to use for human transportation. Wernher Von Braun reportedly said, “There’s a fine line between a rocket and a bomb…and the finer the line, the better the rocket.”

As far as the FAA/FAI definitions of the start of space, one should also consider the definition used by the international professional astronaut organization… the Association of Space Explorers. Getting past 50 or 62 miles doesn’t qualify you for membership in the ASE: You have to fly at least one orbit of the Earth.

Paul says he would go into space if someone else is paying. What say we start a Go Fund Me account to cover his trip? Pretty sure we could scrape together a quarter mil and I’ll bet we would all love to read his description of the experience. But, since we really don’t want to lose him, he could choose the time when he is comfortable that the kinks have been worked out.

Poll: If Someone Else Were Paying, Which Space Tourism Ride Would You Take?