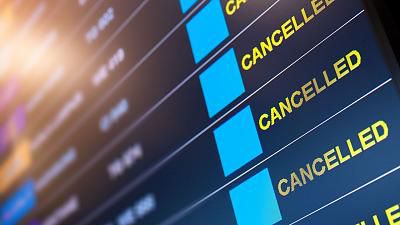 As I have progressed through my career as a pilot, I have found that when moving to a crew environment and into transport category planes it takes more brainpower to do these jobs. Add to that a motivated FO who works with you to make sure the flight goes safely. Having to take a first class FAA medical and pass it along with a check ride every 6 months and pass that should be more than enough to catch any issues that might present a safety of flight issue. All three items require that those individuals who are the FO’s, doctors, and check airman do their jobs in making sure to bring up items or that the standards that are being checked are up to par. There is no need for further checks for pilots just because they happen to be of a certain age.

I don’t pretend to know what is the “ideal” mandatory retirement age for airline pilots: 65, 67.5, 70, 75 etc. The advantage of a standard retirement age is that it is objective with universal applicability. For the proponents who would prefer to eliminate a forced retirement age, they need to provide a detailed process that includes who, when and how a decision is made for an individual pilot to hang up his/her proverbial headset.

Should the decision be made by one physician and if so, should the physician be a geriatrician, neurologist, cardiologist, psychiatrist, any AME or any state certified physician? Or should it be a board of physicians? Should the FAA designate such physicians? Or perhaps the decider should not even be a physician but a psychologist? How often must the assessment be made? What objective criteria would be used? Can the decision be appealed and/or reversed in negative outcomes. And so on. Will there be a universal agreement on the process?

Please instead of complaining about mandatory retirement age, focus your efforts on solutions and answer: how to make the decision on when a particular pilot should retire from airline flying.

Or there might be other solutions such as captains becoming FOs (again). Will that work?

To Be Or To Rather Be?

I think the problem is that the phrase “I’d rather be flying” is too one dimensional. There needs to be gradations of the “rather” from

– There is literally nothing I would rather be doing than flying, to

– I would much rather be flying than doing X, to

– Flying would be OK but frankly sitting in the lawn chair with a cold beer is pretty good, to

– Fly in that crap? Been there done that, no thanks!

I guess what I really need is one of those James Bond license plates that rotates with the flick of a mood switch in the dash of my car.

Somebody needs to get on that….

Back in the 70’s, there was a period of a few years when the “I’d rather be” license plate frames were popular. There were a zillion of them, many probably aspirational, like “I’d rather be… on my yacht”, but most related to hobbies, such as “I’d rather be fishing”, “I’d rather be bowling”, etc. I remember the “I’d rather be” frames being pretty much ubiquitous, it seemed like half the cars on the road had one. In the ensuing decades they have become much harder to find (I think they were initially supplanted by those yellow, highway-sign-shaped “Baby on Board” signs, which were the next ubiquitous car accessory to come along.)

The “I’d rather be flying” frames came from that same era, except that I feel like pilots are one of the last holdouts still embracing this long-dead fad. Perhaps there’s some pride to be found in that.

I don’t have one on my car, but I appreciate and even agree with the sentiment. If only we had unlimited finances and no other demands on our time…

Poll: What’s the Most You’ve Paid For Avgas?