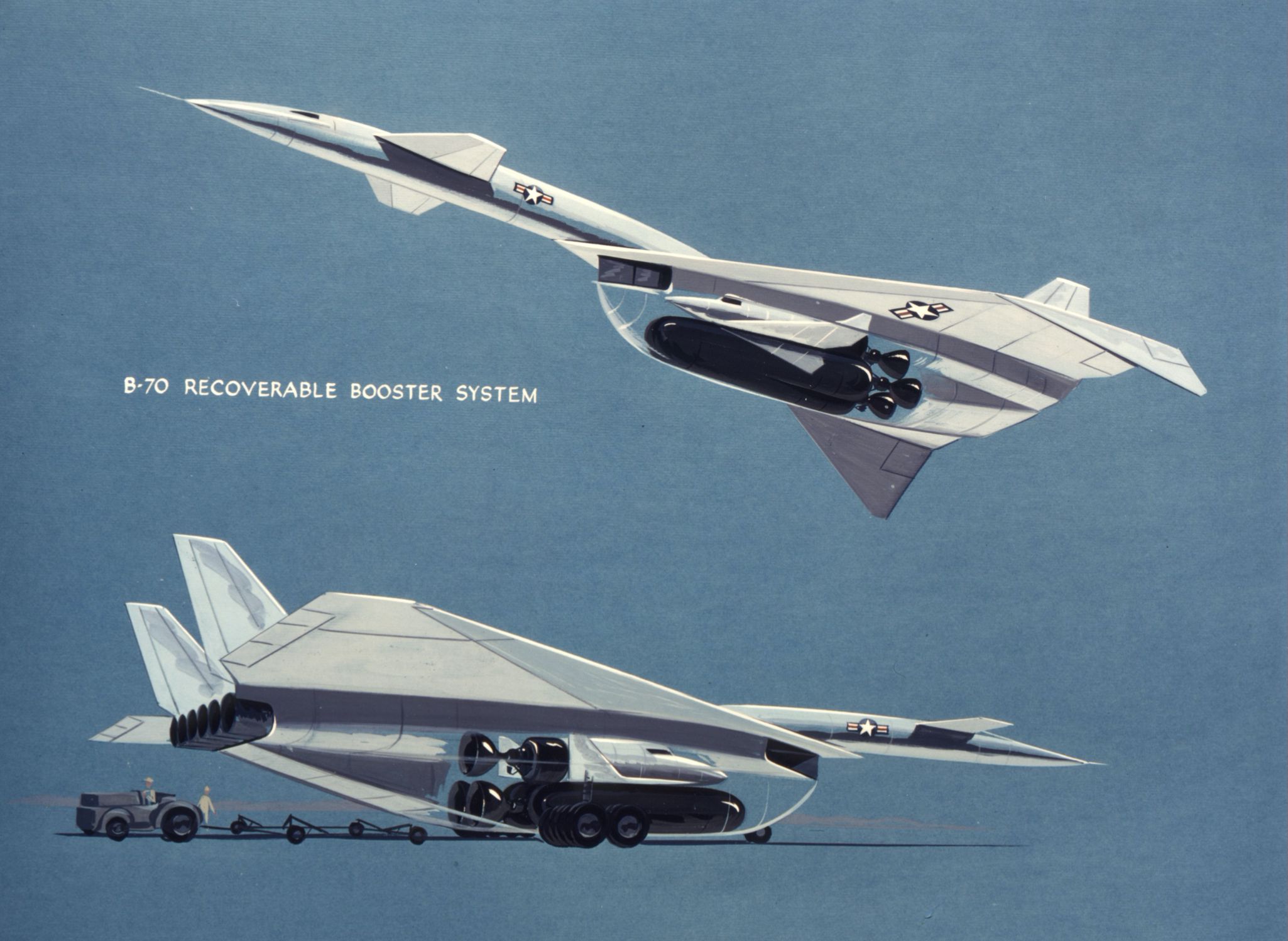 I was lucky enough to have Al White as a good friend. He was the only survivor of the mid-air collision between the F-104 and the XB-70. Al was seriously injured, copilot Carl Cross did not get out of the airplane as it went through extreme gyrations after losing most of its vertical stabilizers in the collision.

The project was incredible. They took that airplane supersonic during something like its third flight. White hand-flew the airplane at 70,000 feet and Mach 3 while the copilot had his hands full operating the manual “ramps” on the engine intakes to keep the airflow through the engines at a rate they could handle.

Some years ago, after Al had written a book about his experiences with the XB-70 (and his time as a combat and test pilot), I wrote a column about him for AVweb. He was an extraordinary man and some of my most valued memories are of times I spent talking with him.

I was fortunate to see the B-70 fly before the project was cancelled. It appeared at an air show at the Carswell AFB in Ft. Worth Texas when I was in high school. A friend’s dad was in the Air Force Reserve and managed to get us onto the base to see the plane up close. The show was not open to the general public. At the end of the day, the plane took off to return to California. They were using a B-58 Hustler as a chase plane, which had taken off and circled around to observe the B-70 as it took off. When the Valkirie lit off its afterburners, it shot down the runway and lifted off with a magnificent, ear shattering roar. Within seconds, it caught up with the B-58 and passed it by as it turned westward. Something I will never forget. To add icing to the cake, as we were walking back toward the parking lot, we came around the side of a hangar with the big doors just slightly open. Inside, was an SR-71 Blackbird, which at the time, did not officially exist. Two teenage boys couldn’t resist running inside to investigate the alien looking craft as my friend’s dad nervously said he didn’t think we should be in there. It was quite a day!

How to Land an Otter Really, Really Short

As I have posted previously, I am not experienced in smaller aircraft, the smallest ones I flew were the CV-240 and the ATR-42. My time is mainly in ‘heavies,’ the C-141 A & B and the Classic 747 freighter. I enjoy watching what some of the smaller aircraft are capable of accomplishing on a daily basis. I had a few experiences in the -141 with short runways but one of my favorite tales is of an experience in the Classic 747. Ferried empty into Copenhagen one night to pick up a load. We weighed almost nothing for the whale, only about 175,00 kg. Weather was clear but winds were howling, right down the runway at a steady 50kts or a little higher. Combine that with our approximately 125kt approach speed, we touched down at about 60 some-odd kts. Barely was able to cycle the reversers open before it was time to close them and turn off. Made the first turn off without even warming up the brakes, only about 2000 feet down the runway. Had to wait an hour or so before we could open the cargo door though because of the 40 kt wind limit on its operation. Certainly was one of the shortest landings I ever saw in that proud lady.