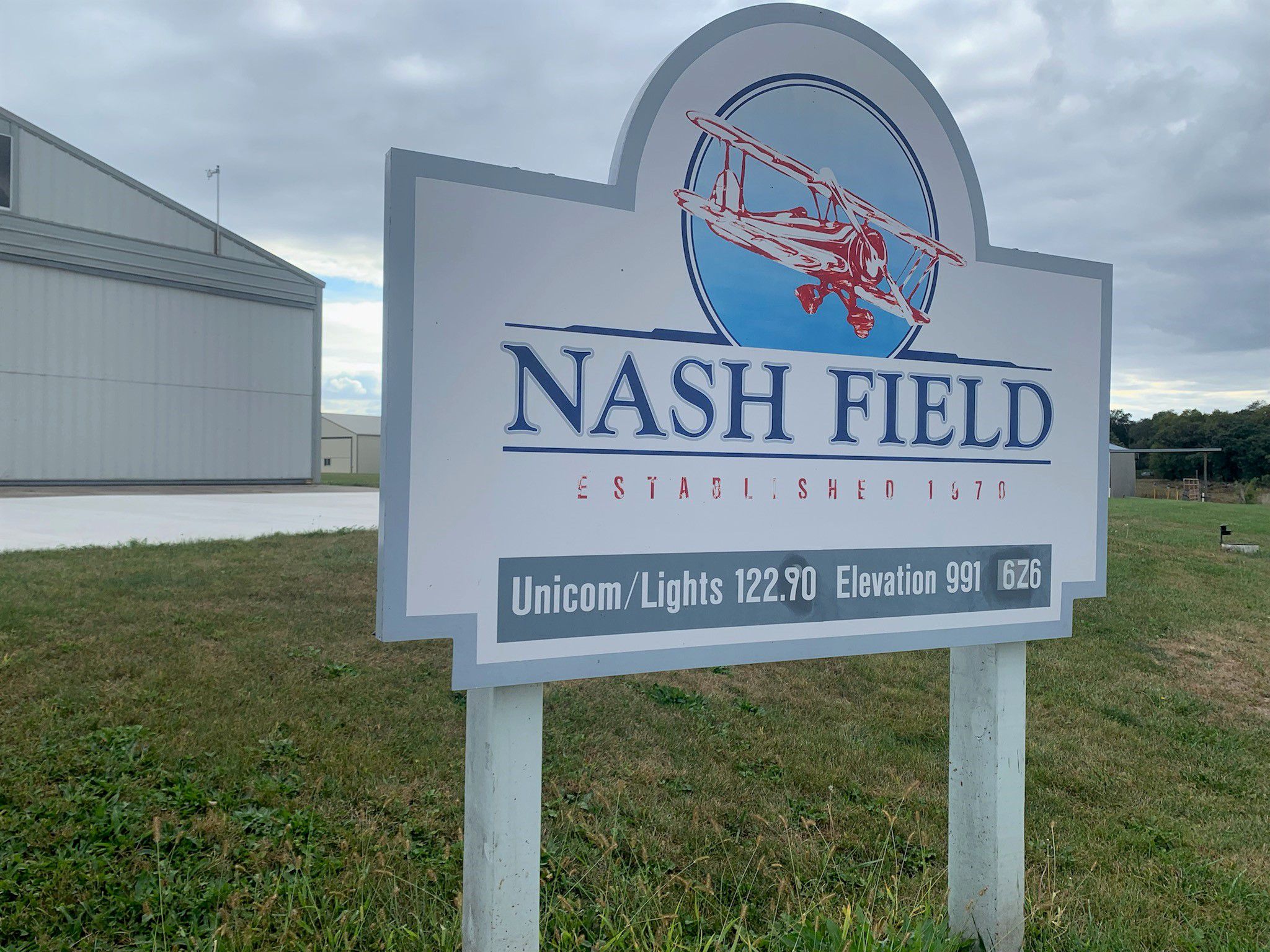 The incongruously named “KSFZ – North Central” leaves local residents of Smithfield, RI unaware that there is an airport in town. And where are the North Left and North Right airports anyway? Funnily enough North Central moniker IS used to help identify a trifecta of fields that used to be within 6 miles of each other back in the day. The North Left airport was the “Smithfield” airport but is now under the baseball diamond of Bryant University. The North Right airport was “Berkeley” and if you know where to look along the bank of the Providence River you can see where the gravel pit scraped it away. The 1955 sectional shows that between the three airports there was a dazzling range of fuel octanes available.

Meantime “The Colonel Robert F Wood Airpark” is named after Bob Wood who established the present version of the airport in a potato field just after WWII and ran a charter operation out of it. The Chart Supplement calls it “Newport State Airport” which is a promotion for Newport as Newport is just a city in the State of Rhode Island. On the CTAF we call it “Newport” to save airtime. And the town of Middletown, where the airport is actually located, is jealous of the billing of the bigger adjacent tourist town.

Not one to begrudge Ike and JFK their airport namesakes, my humble opinion is that we’ve lost something iconic in renaming Wichita Mid-Continent and Idlewild. Seared into my memory at the age of 12 is the name Idlewild where I stepped into a jet airplane for the first time, a Sabena Boeing 707 graced by hostesses in light blue and calming music coming out of those magical looking rectangular PSU’s in the ceiling above our plush tourist class seats.

But what really takes the cake is the gall it took to replace an airport called Stapleton with one called DIA. That would be like replacing Candlestick Park with Oracle Park. There’s just no ring to a name like Oracle. And you were right the first time Paul, Stapleton really was named after Jean. We’ve all known that since oh, about 1970.

Is A 5G Showdown Looming?

As an electronics type as well as a self-financed aviator I sort of see both sides of these spectrum clashes.

From an electronics point of view, yes, the basic problem is not with the 5G folks, it is that the legacy equipment (GPS, radio altimeters, etc.) was designed under the assumption it would not have to deal with strong signals close to their operating frequencies. At the time, there was plenty of room to go around. The 5G side says “well, that’s your problem, having inferior equipment doesn’t mean you inherit some inalienable right to control spectrum outside your own licensed domain.”

Conversely, those who use the legacy equipment feel FAA’s initial approval of its design should come with a guarantee the government will protect it from obsolescence by maintaining the spectrum environment that dictated its design criteria. It’s a conundrum, but I think ultimately the huge demand for RF spectrum will win out over the hassle & cost of having to upgrade the avionics.

Who was there first?… that is what the lawyers will ask at trial. The person that came in second and caused harm will have to pay… and it will likely cost far more then what was paid for the bandwidth.

The government sells bandwidth, it [doesn’t] sell protection from liability when you use said bandwidth. Any crash that can remotely be blamed on interference… they will go after these deep pocket companies like bees to honey.

I just wish I had a law license now… this is going to be a gold rush.

Poll: Should There Be More Severe Penalties For Lasing Aircraft?