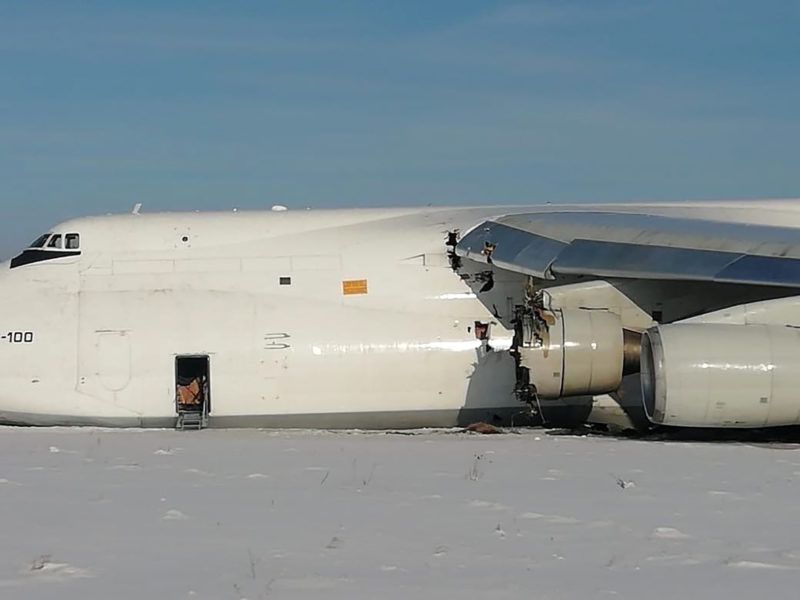 An Antonov An-124-100 operated by Volga-Dnepr Airlines experienced an uncontained engine failure shortly after takeoff from Russia’s Novosibirsk Tolmachevo Airport on Friday. The aircraft was able to return to the airport, but overran the runway while conducting an emergency landing. No injuries have been reported among the fourteen people on board the chartered cargo flight.

“After the emergency landing, all crew members were examined by medical personnel and most importantly none were injured,” said Igor Aksenov, Volga-Dnepr general director. “At the moment we are cooperating with the aviation authorities and Novosibirsk airport with respect to this event and will thoroughly analyze the situation accordingly.”

According to Volga-Dnepr, a technical support crew has been sent to the accident site to “evaluate and rectify any consequences.” There have also been reports that engine debris went through the roof of a building several miles from the airport. The flight was traveling from Seoul, South Korea, to Vienna, Austria, with a planned stop in Novosibirsk. It was carrying 84 tons of automotive spare parts.