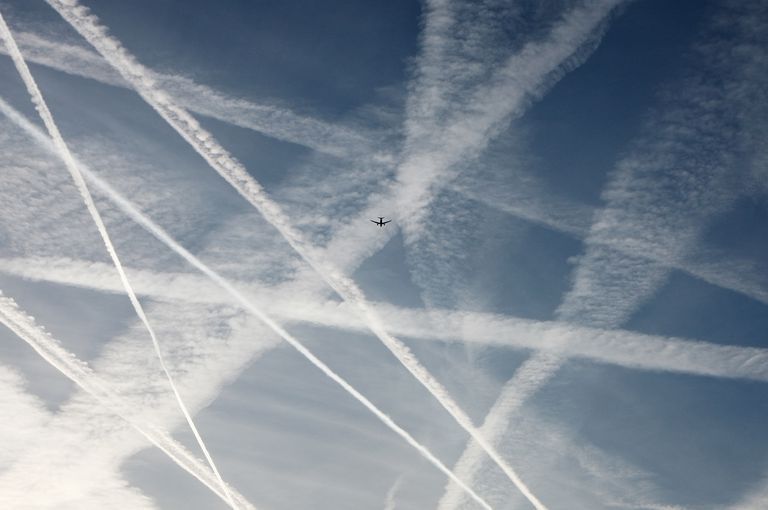 A British study has found that relatively small changes in altitude for a fraction of airline flights could reduce one of aviation’s climate change impacts by 59 percent. Imperial College in London says about 1.7 percent of flights are responsible for almost two-thirds of the warming effect on the planet caused by radiative forcing, in which cloud-forming contrails reflect most light back into space but allow infrared radiation to reach the ground, causing a warming effect. The study says dropping those airplanes 2,000 feet lower to make their contrails less persistent would result in the 59 percent reduction in warming.

“According to our study, changing the altitude of a small number of flights could significantly reduce the climate effects of aviation contrails,” Imperial College civil engineer Marc Stettler told ScienceAlert. “This new method could very quickly reduce the overall climate impact of the aviation industry. A really small proportion of flights are responsible for the vast majority of contrail climate impact, meaning we can focus our attention on them.” Although airliners burn more fuel at lower altitudes, the overall benefit of reducing cloud-forming contrails more than makes up for the slight increase in emissions, he said.