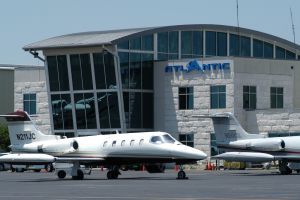 A deal is in the works for the U.S.’s second largest FBO chain. Yahoo Finance says McQuarie Infrastructure, which owns Atlantic Aviation, is close to a deal with KKR and Co., a New York-based investment company. The sale price is reported to be about $4.5 billion. Neither company would comment to Yahoo. The pending deal is the second this year after Bill Gates’s Cascade Investment LLC and U.K.-based Blackstone paid $4.73 billion for Signature Aviation.

Atlantic and Signature combined have almost 300 FBOs worldwide. The investment interest in FBOs is likely the result of an uptick in business aviation traffic because of the pandemic. Whether that activity will be sustained as the pandemic subsides is being questioned by some analysts, according to Yahoo.