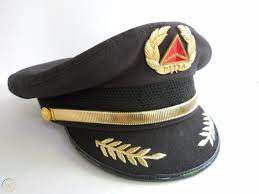 Delta Air Lines has announced that it no longer requires potential new pilots to have a college degree. In a Facebook post, the company listed a host of reasons for the change, none of them mentioning the incipient personnel crisis facing all airlines. Instead it suggested requiring a degree was discriminatory against those who have attended the school of hard knocks. “While we feel as strongly as ever about the importance of education, there are highly qualified candidates—people who we would want to welcome to our Delta family—who have gained more than the equivalent of a college education through years of life and leadership experience,” the post said. “Making the four-year degree requirement preferred removes unintentional barriers to our Delta flight decks.”

The airline does qualify the move somewhat, however, noting that a degree is preferred but no longer a deal breaker. “We’re excited about our future at Delta and we’re proud of the many things we are doing to make the dream of becoming a Delta pilot a reality for talented, hard-working and committed people who love this industry,” the post said.