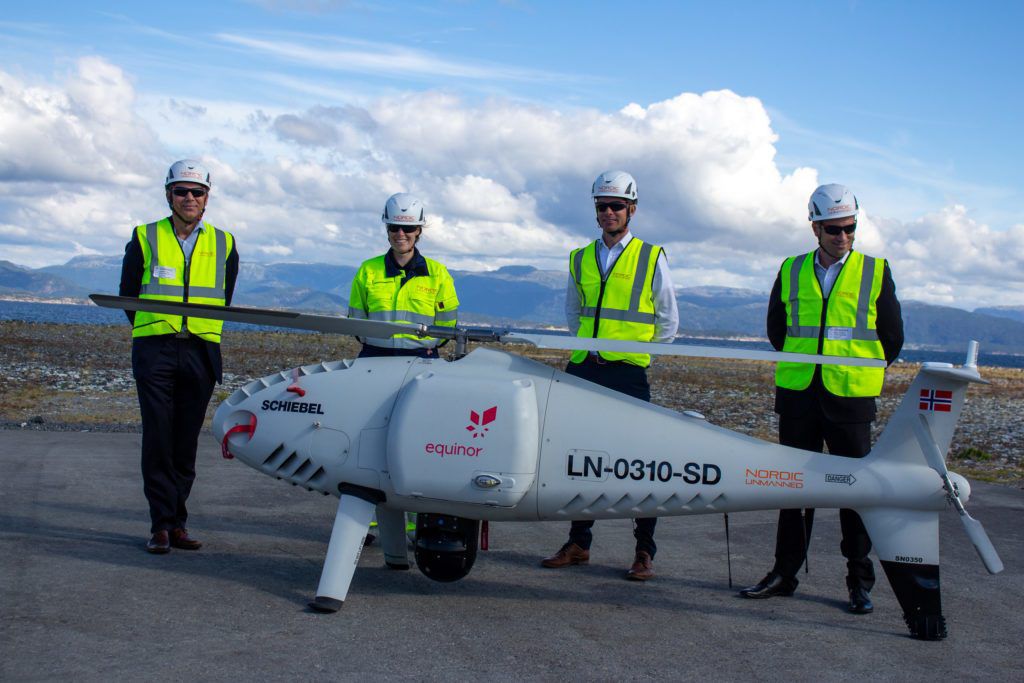 A Camcopter S-100 drone made the first commercial drone delivery to an offshore oil platform in late August and it might be the beginning of a major industry. The helicopter drone flew a 3-D printed part from Norway to a rig located about 60 miles off the coast. The flight was conducted without any special airspace adjustments and the drone was just part of the traffic servicing the oil fields. The drone also did an exterior inspection of the drilling platform and performed a simulated search and rescue drill with the rig’s standby vessel.

Of course, the oil companies are keeping a close eye on the drone developments because hauling freight and supplies to the rigs by drone could not only be a lot cheaper, but also safer. There are also several major helicopter companies that have oilfield supply as their core business watching the new initiatives. Servicing oil platforms is a multibillion-dollar business and also one of the most dangerous forms of commercial flying. Nordic Unmanned, which flew the first drone flight, says drones are a viable alternative to many missions now flown by big, expensive helicopters. “This marks the beginning of a new chapter within unmanned logistics,” spokesman Pål Kristensen said. ”The technology is proven and robust enough to implement in large scale and reduces the risk cost and environmental footprint drastically.”