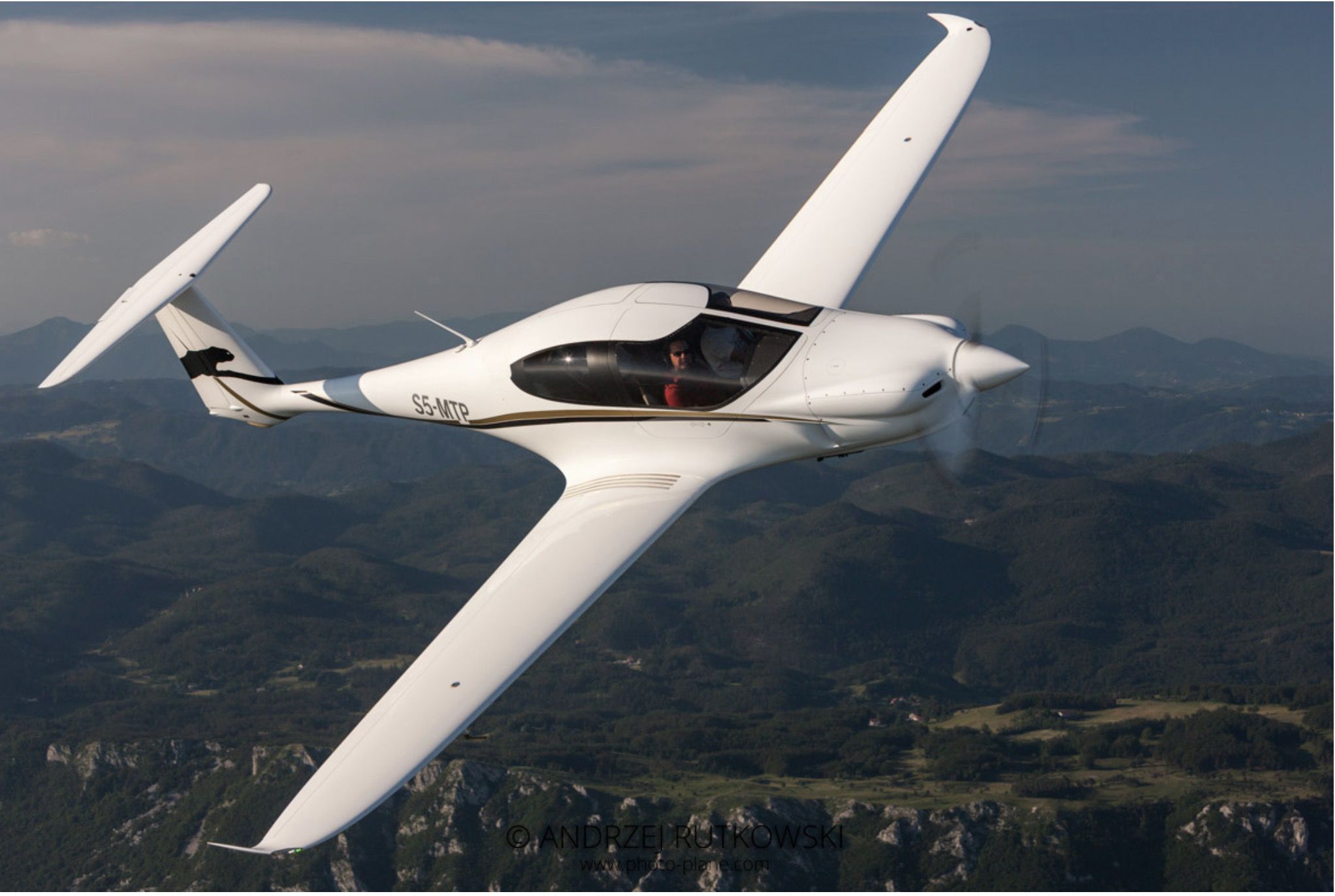 Once upon on a time only 20 years ago, retractable landing gear for single-engine airplanes was consigned to the midden of aeronautical history. The advent of the Cirrus SR series, the Lancair, Diamond and eventually Columbia and Cessna proved you could go fast without folding wheels. And oh, the maintenance dollars you would save! Why, it would almost pay for itself.

We in the aviation press dutifully scribbled down what the marketing people told us because we in the aviation press dutifully scribble what the marketing people tell us. We did this despite the fact that fixed gear with its shapely, but virility-challenged wheel pants denied pilots that phrase which elevates them from merely kinda special to the rarified heights of aviation knighthood: “Positive rate, gear up!” Only the select few could do that. And an even more elite few would never know the exquisite specialness of declaring, “But I know I put the gear down!” after contemplating the $60,000 trail of broken antennas and aluminum smears while punching their way through an insurance agent’s phone menu.

Now, we seem to have finally come to our senses with two new singles in the certification queue both to have retractable landing gear: Diamond’s DA50 RG and the Pipistrel Panthera. Let’s address why they have retractable wheels. For the DA50, it’s because former Diamond Aircraft owner Christian Dries deemed it logical. Diamond had already developed the gear system for the DA42 twin and adding it to a new big single would eke out some additional knots, despite what those with snagged wheel pants might say. For Pipistrel, trying to squeeze maximum speed with minimum power, retractable wheels were unavoidable. Not to mention the aesthetics. A Panthera with fixed gear would look like a ballerina in combat boots.

Neither of these airplanes is certified yet, but Pipistrel has a preproduction demonstrator in the U.S. and I flew it this week with Andy Chan, of Right Rudder Aviation. They’re in Inverness, Florida, and will be the distributor for the Panthera. Certification projects always take longer than anyone imagines they will and the Panthera has even stretched that. I first flew it in Slovenia in 2014 at which time it had already been in development for three years. It’s got at least another year to go, if not a little more.

It was originally touted as a 200-knot airplane on 10 GPH, but if that’s going to be the case it’s not the case yet. The draft POH offers preliminary performance estimates so I’ll stipulate that I can’t hold Pipistrel to these as final numbers, but the highest TAS given is 194 knots at 10,000 feet and 14 gallons. I didn’t take the airplane that high but before flying it, I circled one number in the performance chart: 183 knots at 13 GPH. I penciled in a question mark.

Really? Yes, really. When the airplane settled out at 8000 feet on an ISA plus 30 day, it was cruising at 184 knots on 13 GPH. For comparison, the normally aspirated Cirrus SR22 at the same altitude is burning 5.5 gallons more at the same speed. Pipistrel’s delay in certification is due in part to the switch from the original Lycoming IO-390 to the IO-540-V4A5 at 260 HP. The Cirrus has the Continental IO-550-N at 310 HP. Pipistrel switched to the 540 because it’s approved for 91-octane autogas, which the IO-390 wasn’t.

Heretofore, Mooneys were considered the fastest singles but the reality is they were actually more efficient than fast. The Mooney Ovation, for example, (IO-550-G) can’t quite manage the 184 knots at 8000 feet, but a little less. But it takes 13.6 gallons to do it, running lean of peak. A reasonable way to look at this is specific range—distance traveled per unit of fuel in pounds. Higher is more efficient and better.

The Panthera’s specific range is about 2.35 miles per pound while the SR22’s is 1.7. The Ovation is about 2.2. There are various ways to tweak specific range by leaning technique and speed adjustments and the Continental engines have a slight advantage because they can run brake specific fuel consumptions in the lower 0.4 range compared to mid 0.4s for the Lycomings. But I doubt if any of this would close the gap in the Panthera’s exceptionally low drag. The retractable gear is a factor, but just looking at the Panthera tells you it is a slick, low-drag airplane. (If Diamond hits its numbers with the DA50, it will have a specific range of about 3.)

The piper to be paid is in cabin size. The Cirrus—and the DA50—are commodious, wide and kind of high. The Panthera has less frontal area and is so low slung that the occupants sit deep inside the airframe. The glareshield is higher than in anything I’ve ever flown and reminiscent of the Mooney long bodies before the glareshield was lowered about an inch because of customer complaints. The Panthera appears to narrow sharply toward the front—although the cowling has wide blisters to accommodate the engine— and because it has a wide center pillar, the low view forward is restricted. I noticed this when making the first right-hand taxi turn. I felt like I was operating on faith because you can’t see far ahead of the airplane. There’s no A-pillar, however, so the side and aft views are unrestricted. In fact, in the cockpit video, it looks like there are no doors or windows at all.

If airplanes fly like they look, you’d expect the Panthera to be fast, sporty and nimble. It is. A lot. While other manufacturers have somehow equated side sticks or side controllers with modernity, Diamond and Pipistrel have clung to the ancient idea that center sticks are better. Center sticks are better. I have flown several iterations of side sticks and every time I write about my disdain for them, a Cirrus owner or two will reply that, well, if you flew it more, you’d get used to it and like it better. My reaction is that you don’t have to get used to a center stick, it’s just a natural direct connection to the moveable surfaces and if engineered correctly, it provides just the right control feedback. And don’t get me started on yokes. I will concede side sticks are better for crashworthiness.

For as slick as it is, I noticed that the Panthera doesn’t seem that difficult to slow down, although all my landings were too fast by at least 10 knots. It has trailing link main gear so, evidently, if you plop it on a little fast, it doesn’t get mussed. The rollout will just be longer. The pointy-nose thing is not noticeable on landing because it naturally forces you to look down the runway, which is where you’re supposed to look anyway. It is, however, very noticeable in maneuvering. I tried some steep turns but was totally lost in developing a level sight picture because the view against the horizon is all acute angles; no flat surface. I could figure out eventually. It reminded me of turns in glider.

Now we’ll see where the Panthera will fit in the marketspace. Since Cessna ceased the TTx, Cirrus essentially owns the high-performance single-engine market and with benefit of longevity, it has supported its effort with superb sales, marketing and service. Diamond is right behind that and now Pipistrel will have to butt in somehow by throwing some Euros at a marketing program. The Panthera is certainly worthy of the effort. Maybe the ability to burn low-octane fuel is a must and it does have a ballistic parachute, as the Cirrus models do.

I ride a kind of motorcycle classed as a sport adventure bike. No one knows what that means, but it seems to translate to something utterly uncompromised toward high performance. No old-guy highway pegs or back rests; no cup holders, but kick-ass suspension and great brakes. Having not noticed any cup holders in the Panthera, it strikes me as the equivalent of that. It makes what nods it must toward creature comfort, but it’s more tuned for performance untarnished by efficiency.

Driving home, I imagined this thought experiment. Your friend made megabucks in tech and as a cash-out reward, she bought herself one of those hangars with the shiny gray epoxy floors and tasty LED lighting. When you visit, there are three airplanes parked in the hangar: A Cirrus, a Columbia and a Panthera.

“Which one you wanna take today?” you’re asked. You might dither a moment, but I doubt anyone with a pulse wouldn’t want to get their hands on the Panthera’s stick. I’ll have a video on it next week. Price, by the way, hasn’t been locked down but best estimate is about $675,000-ish in the certified version, depending on the Euro exchange rate.