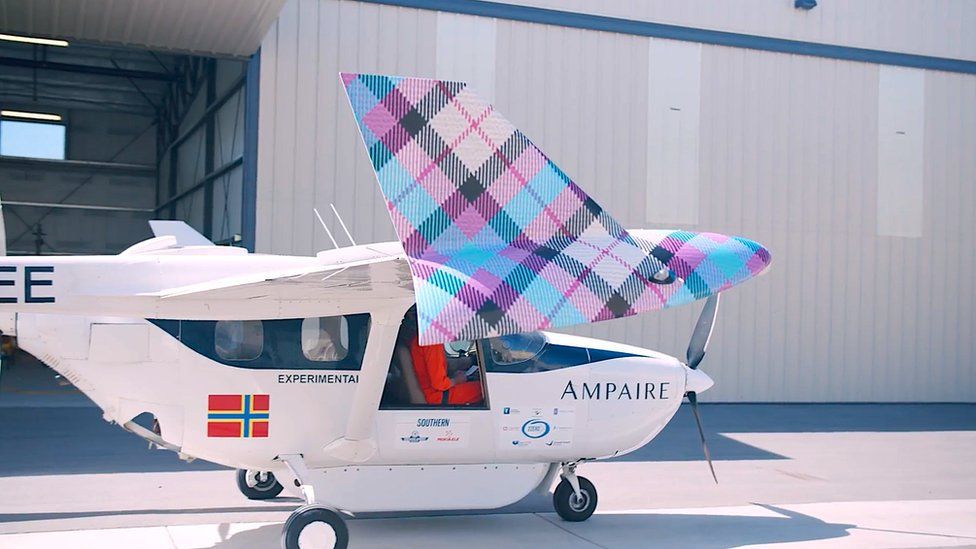 A California company is testing a hybridized version of a Cessna 337 Skymaster on a short-haul route between Wick on Scotland’s mainland and the Orkney Islands town of Kirkwall. Ampaire’s push-pull twin has an electric motor in the front and the piston in the rear and the two powerplants share duties during different phases of flight. The electric motor is powered by batteries in a belly pod.

The Skymaster won’t be put into commercial service but its seven flights over open water are part of a test and demonstration program to see what it would take to use hybrid aircraft commercially. Kirkwall, the site of the Scottish flights, is aiming to eventually have all of its flights operating emissions free. It serves six towns on islands off the coast, all of them short duration. After the Scottish tests, the aircraft will be moved to southern England to fly between smaller cities there.

An earlier version of this story misidentified the standard make and model of engine in a Skymaster and transposed the geographical locations of Wick and Kirkwall.