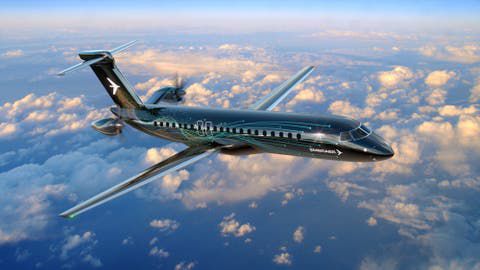 Embraer announced on Friday it’s pondering developing the first clean sheet turboprop airliner conceived in decades and it’s got some major differences from existing aircraft. The new plane, if it gets built, will have tail-mounted engines and the rest will look like a regional jet. In fact, the fuselage will be the same as its E-195 regional jets with two seats on either side of the aisle. The new plane will carry 70-90 passengers.

Embraer President Arjan Meijer made the announcement in a tweet and said the design has some distinct advantages over existing designs. The tail-mounted engines should be a lot quieter for passengers and the plane will be able to use jet bridges. Meijer did not specify the engines planned for the aircraft, which might mean Embraer is considering GE’s planned entrant to the market currently owned by Pratt & Whitney. It’s believed this design was the one it was working on with Boeing before that collaboration dissolved 18 months ago.