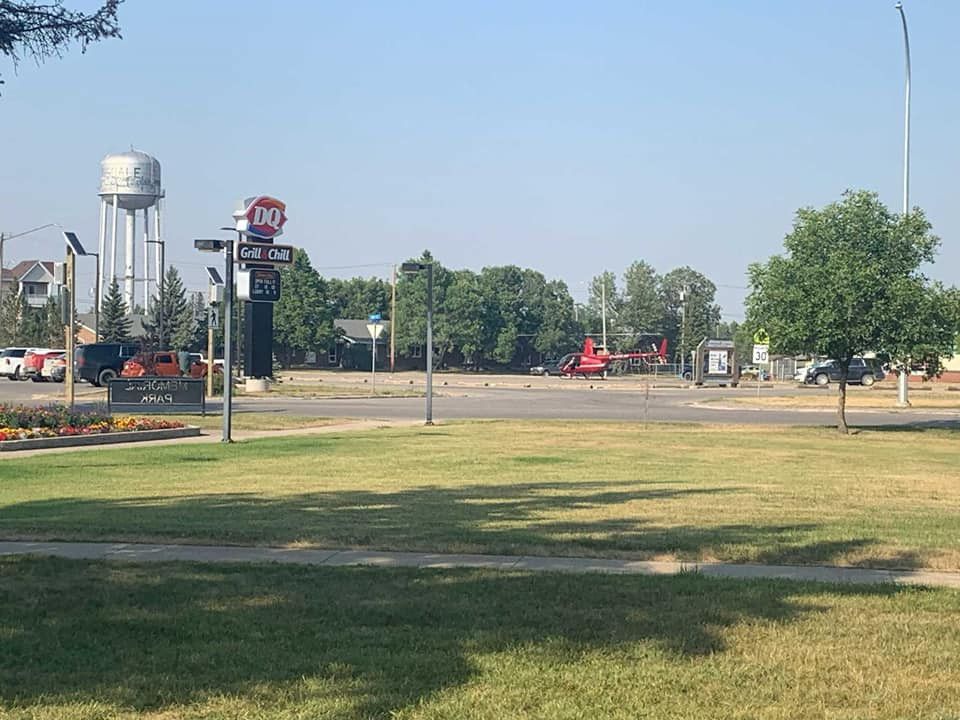 Police in Canada have charged a helicopter pilot after he used his Robinson R-44 to get an ice cream cake from the local Dairy Queen. The unidentified 34-year-old pilot will appear in court in September charged with unsafe operation of an aircraft. On July 31, the man put the helicopter down in the parking lot of a school across the street from the DQ in Tisdale, Saskatchewan, a farming town of 3,000 about 130 miles northeast of Saskatoon. According to the police report, the helicopter blew dust and debris around the business district.

“Investigation determined the landing was not an emergency: a passenger of the helicopter exited the aircraft and entered a nearby restaurant to buy an ice cream cake,” the police statement said. “Officers determined the pilot, a 34-year-old man from Leroy, was licensed to drive the helicopter, but that it was illegal to land it where he did.” Tisdale Mayor Al Jellicoe saw the landing and thought it was odd. He also noted that the school parking lot was empty and there was no real harm done. “I suppose that doesn’t make it right,” he told the CBC.