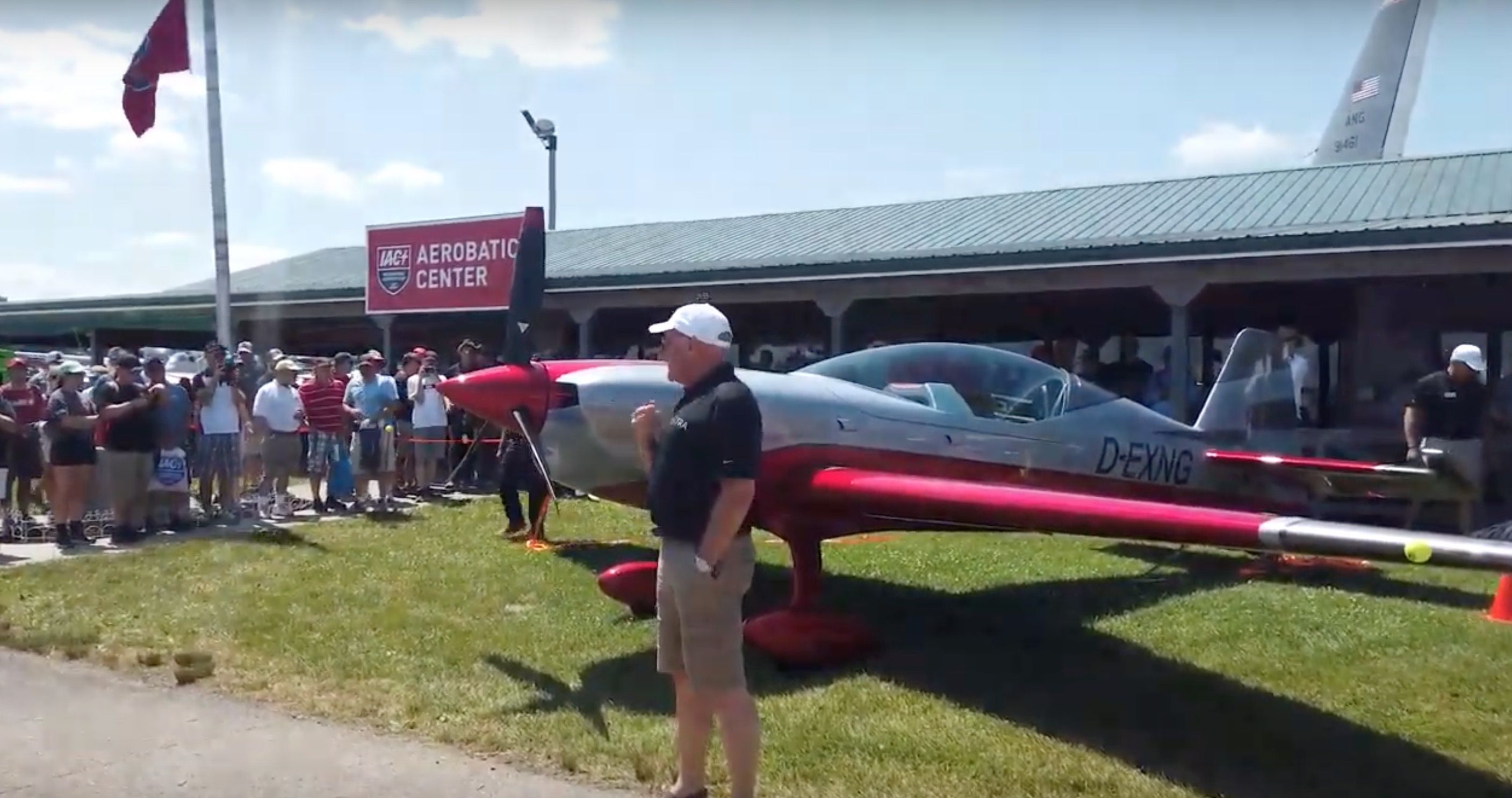 Aerobatic airplanes aren’t exactly known for comfort, at least models meant for world-class competition. At AirVenture on Monday, however, Extra Aircraft rolled out its newest model that’s supposed to be both a step up in performance and cradles the pilot in a luxurious seat in front of avionics not common in older aerobats.

“What differentiates this airplane from the others is that it’s just another step forward. We have more performance, we have more maneuverability. It’s a huge leap forward in terms of comfort. I’ve never been in a cockpit close to this, at least when it comes to aerobatic airplanes,” said Walter Extra, following the unveiling of the Extra NG on Monday.

“I was reluctant to do a composite fuselage for a long time because I really appreciate the behavior of tubular fuselages when they are exposed to partial overload. You have redundant safety in tubular structures and that’s very important to me,” Extra said. The NG is equipped with a rigid full-carbon fuselage structure and a carbon fiber wing assembly with integral fuel tanks. In front of a titanium firewall, it has a 315-HP Lycoming AEIO-580-B1A swinging a Muhbauer three-blade composite prop. Extra declined to discuss the details of how carbon fiber was used in the NG because he has filed from a patent on the methods used.

The carbon fiber fuselage directly impacted cabin comfort. “Since there’s no more tubular structure inhibiting your elbow clearance, we have gained a lot of room. It’s much more roomy. I think the front seat comfort comes close to the comfort you were used to in the rear seat,” Extra added.

The NG will be on display at the International Aerobatic Center just off Boeing Plaza throughout the week and representatives will be available to talk about it.