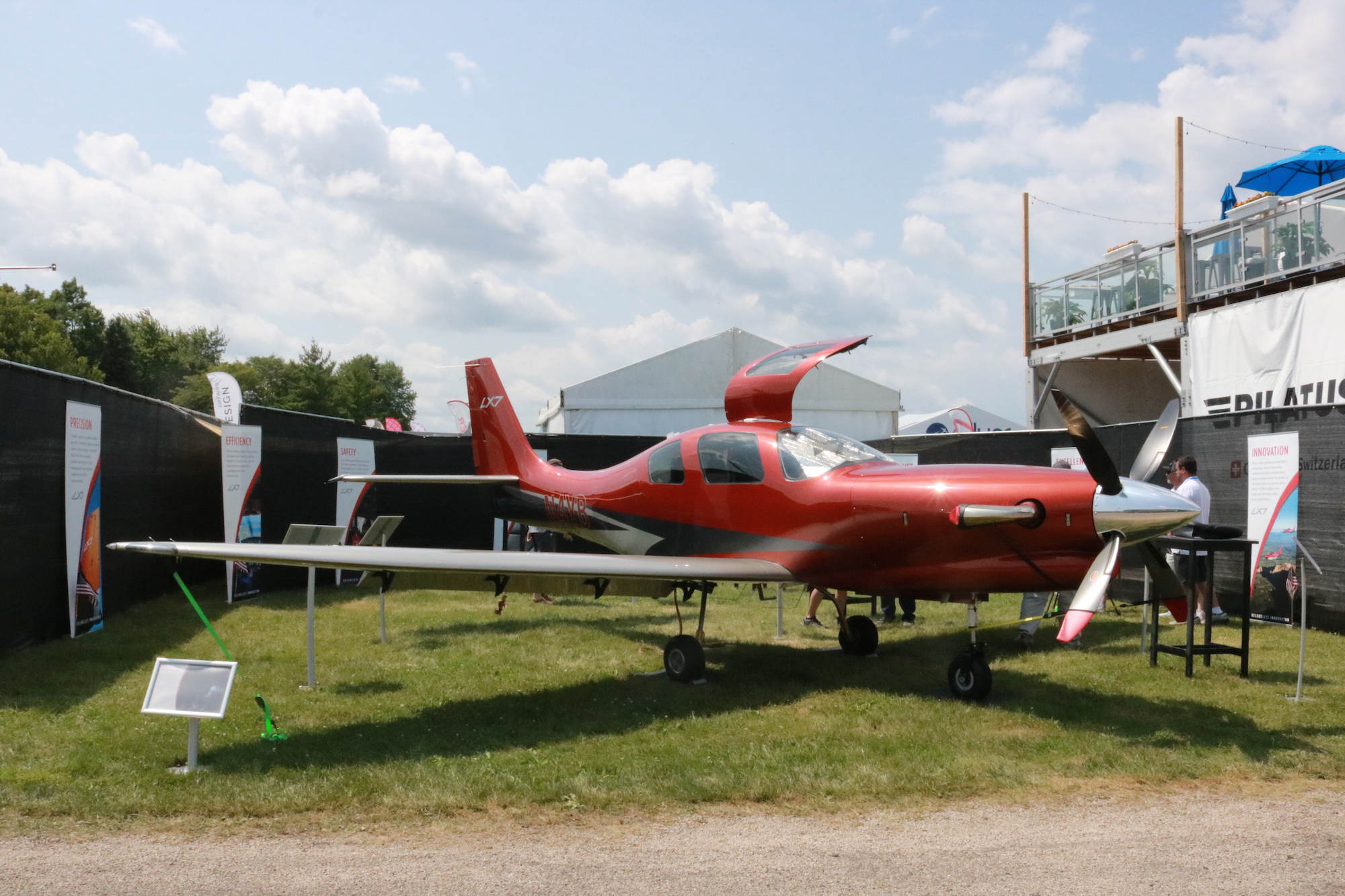 RDD Enterprises showed an example of its LX7 pressurized, turboprop homebuilt at Oshkosh this week. It’s not a new kitbuilt for sale; instead the LX7 actually starts from a flying “donor” Lancair IV-P that’s thoroughly refurbished.

RDD has long experience with the Lancair line, having built parts for the designs and offering maintenance from its Redmond, Oregon, facility. But this is a big project even with that background. Basically, RDD finds existing Lancair IV-P aircraft with valid operating certificates, takes them in house, cuts off the tail, removes the wing, strips all the systems out (including engine, landing gear and instrument panel) and starts fresh.

The new wing has the same area as the old, just 98 square feet, but the airfoil is new, the leading edge is created from a cuff that helps ensure uniformity and it comes fitted with double-slotted flaps. RDD’s goals were to dramatically improve the IV-P’s stall behavior and reduce stall (and therefore approach) speeds. Listed stall speed is 63 knots. Total fuel capacity is 180 gallons in a system that automatically switches tanks to keep the load leveled.

The interior is new, and it benefits from changes to the control system to reclaim some cabin width and changes to the firewall to allow the rudder pedals to move forward. The avionics are three Garmin TXi screens. RDD has its own paint and interior shops on-site.

RDD says a five-day training course is available for either the turbine or piston versions. Price for the 550-HP PT6A-powered version is $980,000 complete, with the piston example (with a Continental TSIO-550-E) priced at $821,000. The turbine LX7 can do 285 knots true at 20,000 feet, while the piston does 260 knots true at the same altitude. Cabin pressurization is 5.1 psi.

RDD will soon have eight of its “conversions” flying and has the capacity of up to 10 LX7s a year.