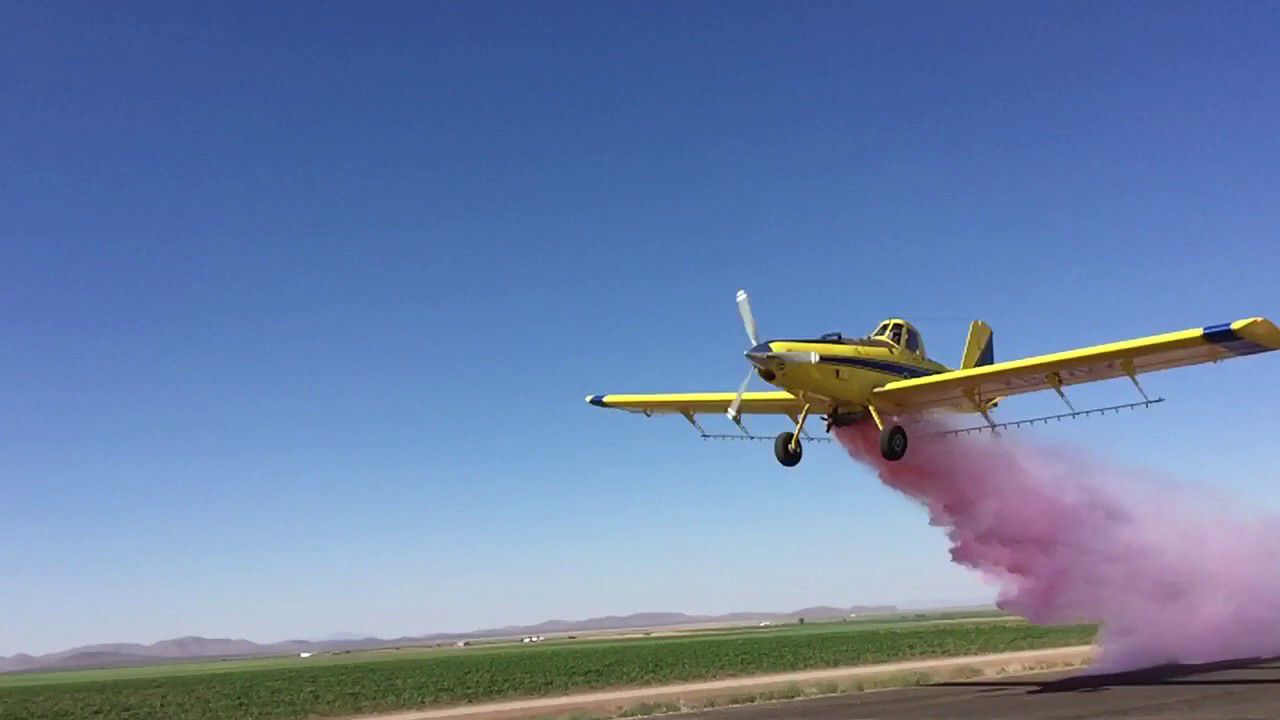 A pilot was injured, an expensive ag plane was probably written off but the friends and family of an expecting couple know whether to buy blue or pink for the bundle of joy after the latest fail of a gender reveal stunt near Turkey in northern Texas. Local officials say the plan was for the Air Tractor 602 aerial application aircraft to jettison about 350 gallons of water dyed pink to announce the blessed news on Sept. 7. The pilot later told investigators he let the airplane get too slow but that apparently wasn’t his only error.

After dumping the water, the turboprop single stalled and crashed in front of the guests. “The airplane sustained substantial damage to the fuselage, right wing, and empennage,” according to an NTSB factual report released last week. The report also says there were two people in the single-seat aircraft. The pilot suffered minor injuries and the other person in the cockpit was unharmed. No one on the ground was hurt.