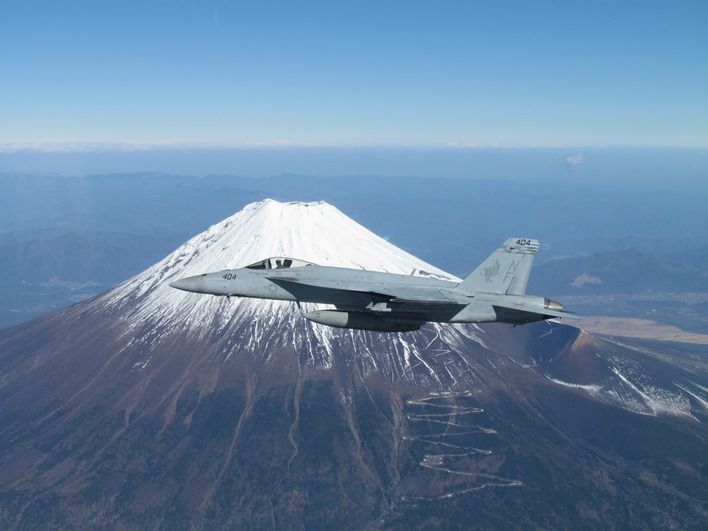 U.S. military pilots have been warned to straighten up and fly right by Japanese politicians concerned about the reported lapses in discipline by Marine pilots at a base in western Japan. The Japanese defense ministry is reportedly ready to formally request assurances from the U.S. that residents around Marine Station Iwakuni are safe after a report by the U.S. military on a fatal 2018 crash of a fighter and tanker aircraft revealed less than strict adherence to military procedures by pilots in the unit, including their CO.

“Examples of such unprofessionalism included prescription and over-the-counter drug abuse, excessive alcohol consumption, adultery, orders violations, and failures in following fundamental principles of professional aviation training and operations,” the report is quoted as saying. Four Marine officers were dismissed after they posted selfies of themselves in flight violating various regulations. The CO posted a picture of himself in the cockpit with his oxygen mask and visor off. Jungen Tamura, a member of Iwakuni city assembly, called for the Marines to stop flying. “They’re extremely dangerous behaviors,” Tamura said, according to local media. “They could cause an accident and (they) need to suspend flights immediately.”

The report was issued after the crash of an F/A-18 from Iwakuni and a KC-130 tanker from another unit that killed all six crew members on both aircraft. The crash was one of three serious incidents in 2018 that also included the loss of another F/A-18 off Okinawa and the crash of a Seahawk helicopter on the deck of the USS Ronald Reagan. Last week an Air Force F-16 pilot mistakenly dropped a dummy bomb outside a gunnery range in an unpopulated area.