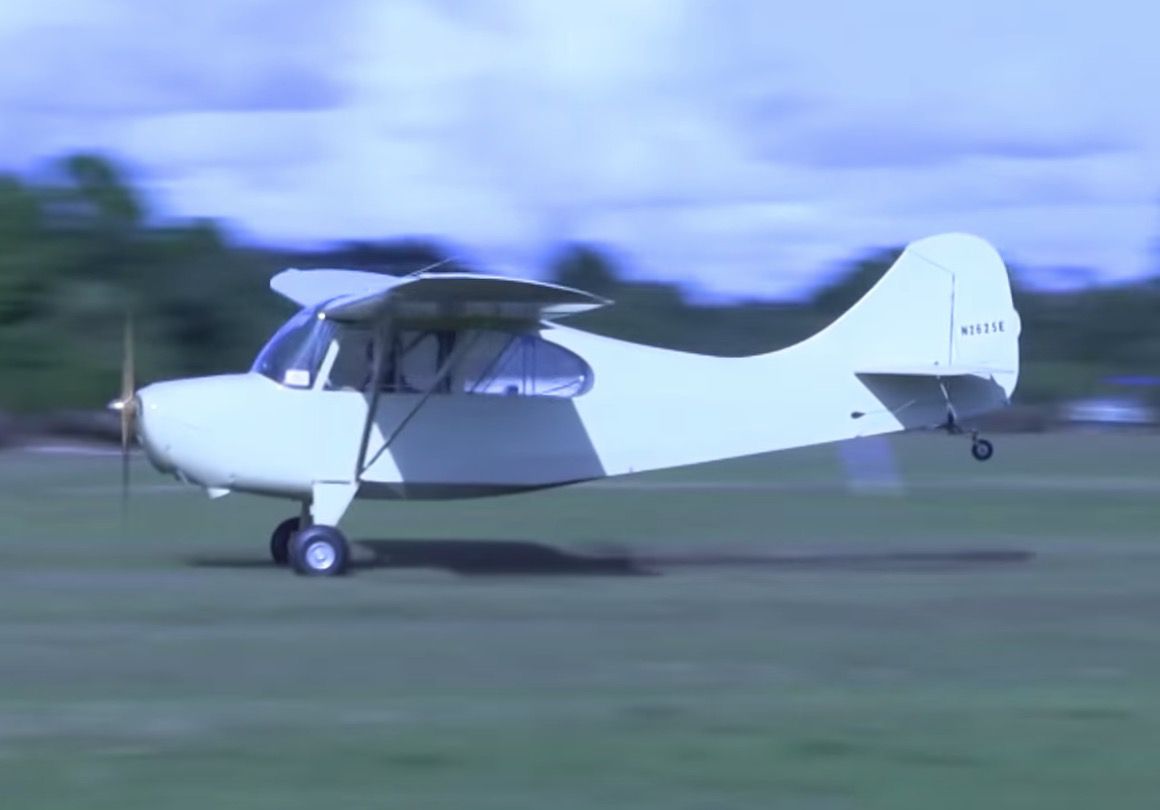 We hold these truths to be self-evident: that all pilots should take their primary training in tailwheel airplanes, preferably without radios, and all should learn how to wheel land a taildragger, meaning touching on the main gear wheels before the tailwheel. By contrast, less flashy full-stall landings occur when all three wheels (mains and tailwheel) touch roughly together.

Additionally, all primary instructors should be geezers (male or female), half-deaf from 40 years flying such machines. Full confession: I learned to fly in a Cessna 150 and delayed the transition to tailwheel until eight years later. By then, I’d ingrained poor landing habits deep into my marrow, relying upon the CG being forward of the main landing gear to keep the airplane running straight on the ground. Decades later, I’m nearly deaf and mostly fly and teach in tailwheel or what’s properly known as conventional landing gear.

There in the regs,  61.31(i), it says in part, that you need a one-time tailwheel endorsement from an “authorized” tailwheel CFI before acting as PIC of a tailwheel airplane. Not so in 1982 when I had zero tailwheel PIC time and bought my 1946 Aeronca Champ. Back then, I just needed $5000 for the purchase, but nothing for training. After paying, I took off between the runway lights, cleared the hangars and turned on course for home. It was easy, but, then, takeoffs usually are. It’s getting the tangle of tubing, cloth and wheels to meet the runway at exactly the right pitch and track that takes some skill. Not much, just enough.

The seller, a non-CFI, advised me to “always full-stall land,” meaning close the throttle and pull back on the stick until my investment dropped to the pavement like Sydney Greenstreet falling off a bar stool. He was wrong. The Champ and most small tailwheel airplanes wheel land just fine; check the POH or local pilot’s lounge experts for details.

Many tailwheel airplanes have control yokes, but we’ll use the control stick for pitch and roll discussion here. For days, I proudly flew my 37-year-old two-seater around the pattern, slamming full-stall onto the runway, until Ed, a real CFI who had taught in Navy SNJs (advanced taildraggers) during World War II, stopped me on the taxiway. Expecting praise of my newfound skills, I was surprised when he said, “I can’t stand it anymore. I gotta teach ya how to land this thing.” And he did. Mostly. He also told me not to call them “taildraggers” unless they had tail skids instead of tail wheels.

Wheel landing techniques vary among types, but the basics run like this: Establish your final approach and pick your landing spot plus which wheel (mains only) will touch that spot first. Look outside at the wheel. Imagine that wheel is your foot, and you want your heel to ever so carefully touch the runway without breaking all your bones.

Picture your wheel landing approach on short final being slightly flatter than the full-stall approach. You may need to carry power. Not always. With a left crosswind plan to touch the left main wheel first, opposite for right crosswind. Point the airplane’s nose down the runway and keep it straight with rudder. How much? Whatever it takes, and it will vary throughout the landing. Point the control stick into the wind, bringing the upwind wing down. How much? Whatever it takes to keep from drifting, but not so much that you turn or scrape the ADS-B antenna off the wingtip.  Keeping this cross-controlled slip going, begin increasing the pitch as you might for a full-stall landing. Then, hesitate.

This is where the wheel landing is all art and no academics.

Timing is key. Anticipate the upwind wheel (one beneath the lowered wing, where the control stick is pointing) skimming the runway, just enough so it begins to spin. As it does, gently—but firmly—reduce pitch to transfer weight from wing to wheel. Move the stick forward to keep the single wheel on the ground, while momentarily holding the downwind wheel and tailwheel off. Without a crosswind you can land on both mains simultaneously.

As speed decreases (and it does so quickly, especially on tall grass) allow the opposite main wheel to drop. Gently. Now, you have two choices: Hold the stick forward and let the speed deteriorate until the tail drops onto the ground or, gently, pull back on the stick—without ballooning—to bring the tail down. Once all three wheels are on the ground, keep the stick back, with increasing crosswind aileron correction as you slow, and you can log the landing after coming to a full stop.  Can’t count the landing for currency unless it’s to a full stop, but if no one’s looking, we won’t tell.

Damned if you do or don’t mistakes: 1) Rushing the wheel landing by trying to stick the main wheel on too soon. Do this, and you’ll drive the wheel on and bounce. 2) Delaying the wheel landing by moving the stick forward well after the wheels have touched. Do this, and the airplane skips like a flat stone thrown across a pond’s surface. Finding that tiny window in which you press forward on the stick to hold the mains on the ground takes practice. Or luck. We’ll accept either, provided you recognize it and accept good fortune with humility and grace, because next time you might not be so lucky.

In the existential struggle over wheel landings vs. full-stall landings, much ink has been spilled with families torn apart. It’s madness. Can’t we all just get along? I mean, some say wheel landings are better for strong crosswinds, while others say that wheel landings simply delay the inevitable. Planting one wheel down first, then prancing down the runway is adorable, but eventually, ya gotta get the other two wheels on the ground.

I’ll leave it to you to decide but consider these truths: We fly because it’s cool. We fly tailwheel airplanes to look even cooler. Utility is rarely in play, so if you’re going for cool, think wheel landing whenever the crowd is watching. Just don’t wave to your admirers too soon, or you’ll become another ground-looped statistic, like the thousands who made the FAA sigh, “We can’t stand this, anymore. Get some instruction!”