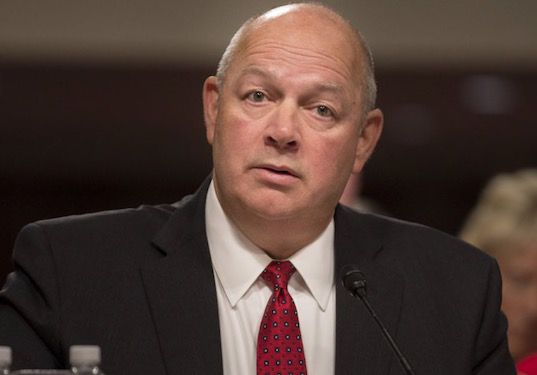 Coming soon, a “humble” FAA? New Administrator Steve Dickson used a word not often associated with the agency when talking to air traffic controllers about the agency’s role in the historic grounding of the Boeing 737 MAX and the two catastrophic crashes that precipitated it. “We can always improve, we can always get better,” Dickson told the National Air Traffic Controllers Association (NATCA) event. The FAA did not publicly announce his appearance there but NATCA posted a video of the interview with NATCA President Paul Rinaldi.

The previous “gold standard” perception of FAA aircraft certification has been tarnished by issues with the MAX and other countries have said they’ll do their own reviews of the fixes proposed by Boeing to address flight control system issues implicated in the crashes of a Lion Air MAX in October of 2018 and an Ethiopian Airlines aircraft last March. Dickson is scheduled to meet 50 international regulators on Monday and he acknowledged the U.S. may go it alone in returning the MAX to service if other countries are not ready.

He said there is still some work to be done to evaluate those fixes before the FAA approves the airplane for revenue flights. “Once we have a chance to review that and make our assessment, then we will move back into the human factors portion of it, evaluating the performance of U.S. and international pilots in the engineering simulator, and after that we’ll move forward. So it’s going to be some time before we complete that process.”