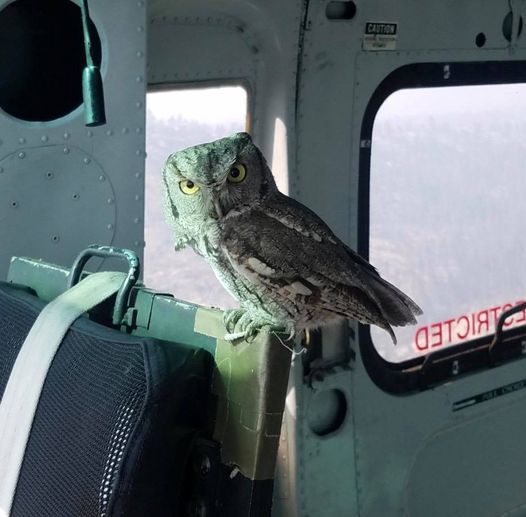 Helicopter pilots don’t usually pick up hitchhikers, especially in flight, but a firefighting pilot in California had some unexpected company in the cabin last Monday. An owl flew through the open door of Dan Alpiner’s UH-1 Huey as he dropped water on a section of the sprawling Creek Fire in central California. The bird perched on a seat back and made itself home for several minutes.

Alpiner was afraid the owl would panic and fly around the cockpit but it never moved from its perch. “It’s an unexplainable and magical miracle for it to stay with you for several water drops, then leave just as it arrived—safe and unannounced,” he said. Sky Aviation said in a statement that it was an unprecedented experience. “It’s odd to have an owl enter an aircraft. It’s unheard of to have it enter while the helo is in-flight,” Sky Aviation said.