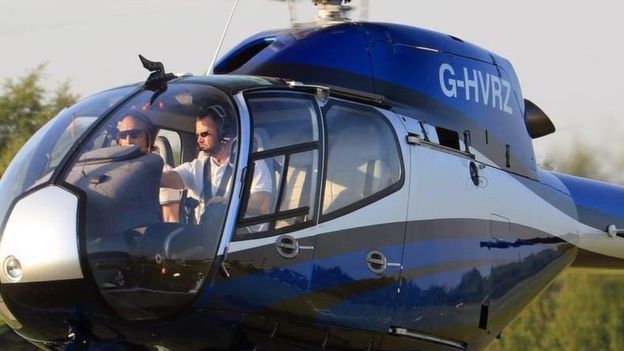 A private helicopter pilot in the U.K. has been penalized about $2,000 and has had his pilot license suspended since July for an on-air rant berating an air traffic controller. Businessman Joel Tobias dressed down controller Andrea Tolley for what he alleged was an unreasonable delay in answering his initial radio call to her at Blackpool Airport on July 31, 2019. “Your job is actually to take calls from aircraft and not have two-way chats with other aircraft asking how their day’s going and how fun it is,” a transcript of the exchange presented in court read. “I’m in a helicopter here that costs £550 an hour and I’ve waited 10 minutes for you to answer the call—it’s absolutely appalling.” He pleaded guilty to an offense under the Air Navigation Order 2016 and was fined about $900 and ordered to pay about $1100 in costs.

Although he threatened to complain to Tolley’s superiors at the time, he didn’t pursue the matter but another pilot who heard the exchange filed a complaint. During the court proceedings, the Civil Aviation Administration prosecutor disputed Tobias’ timeline and noted that Tolley was handling several other aircraft, including a lost pilot, at the time Tobias asked for permission to land at Blackpool. He also questioned the pilot’s airmanship. “He gave Miss Tolley no time to ask him to pass his message as protocol requires,” the prosecutor said. “He did not give his location, altitude, destination or request permission to enter the aerodrome traffic zone. Potentially it caused a serious risk to other air traffic in the area.” His license was suspended when the complaint was filed and the CAA will conduct a regulatory review to determine if it will be reissued.