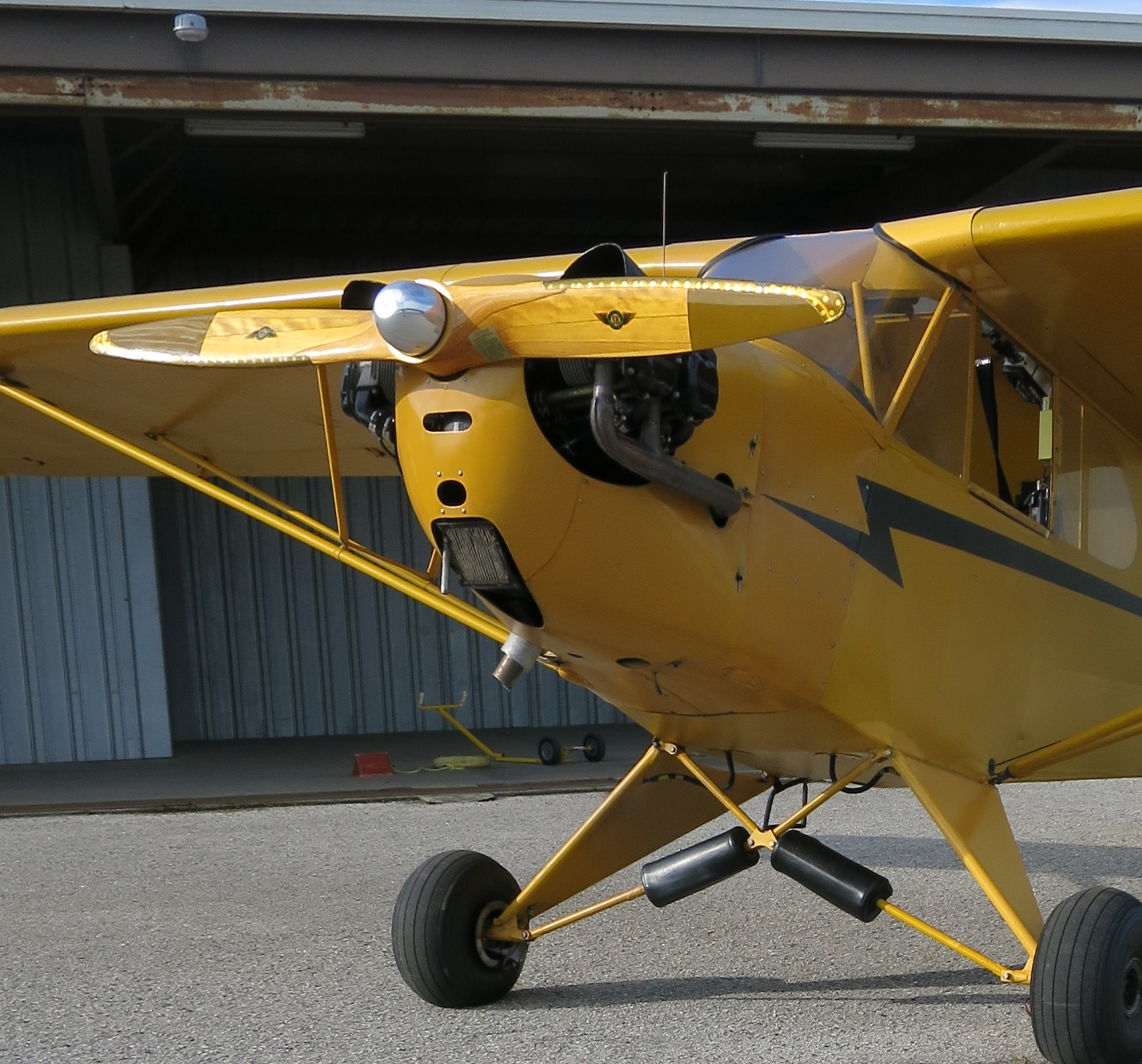 I was taught to hand prop a Ryan STA forty-five years ago by an old, pre-WWII USAF sergeant pilot. He wasn’t into interpersonal relations or his trainee’s self-esteem, and along with his insistence that I learn cross wind landing techniques in gusty twenty knot or more winds, was the scariest part of my flight training. One thing about the Ryan is that its unreliable Menasco inverted inline engine provided lots of practice opportunities. It would be impossible (or incredibly expensive) now, but in those days, we flew the no radio plane to KSFO to display it at an event, and when it was over the Menasco wouldn’t start. It took nearly an hour of hand cranking by me and a couple of others in the support crew to get it going for the flight back to KVCB. Hand propping confidence and technique always improve with time on task!

If the battery is dead take it out and get it properly charged with a good charger. You will dramatically reduce the life of the battery if you hand prop an airplane with a dead battery as the voltage regulator will slam it with a massive amount of amps as soon as the engine starts

All my commercial students who were going to bush or float jobs got a lesson on hand propping so they had an option if they got stuck with a dead battery in a bad place. But I emphasized this was an emergency get home deal, not something you want to make a habit of

The last time I hand propped a plane it was a Nanchang. There was no air pressure for the starter so we chocked and tied down the plane and I primed the cylinders and then felt for a cylinder to go TDC. I then told the pilot to hit the boost coil and it banged right away with the owner catching it with a shot of prime. A hand start without touching the prop, it doesn’t get better than that!

I hand-prop when I have to, but I really don’t recommend it to anybody if it can be avoided. It’s one of the most dangerous things that you can ever do, and the consequences are permanent.

Don’t underestimate how badly this can turn out.

I just watched the video clarifying the requirement for ADS-B along the eastern edges of the LAX Class B airspace. Thank you for the video and the explanation.

HOWEVER, the comments made at the 4:10 mark regarding the B-737 MAX were unnecessary, did nothing to contribute to the subject of the video and were very unprofessional and inflammatory.

First of all, the MAX has not yet been recently re-certified which has caused tremendous challenges for the airlines that have purchased it, the traveling public and the crews that have been directly impacted by its grounding. Additionally, when the re-certification is completed and the aircraft is placed in service, we are facing a very long and difficult road to restoring the public’s confidence in the airplane. Granted your audience is not the general public, but General aviation pilots not familiar with the B-737 or large transport category aircraft in general could also get a very distorted view of the situation from those remarks.

Stick to the subject of your video and leave out the flawed commentary.

Let’s also consider that those extensions were there long before the MAX every came into existence and are there for the protection of both the airliners arriving at LAX and the general aviation pilots transiting the area northbound. I have flown in that airspace in both capacities.

Poll: What Do You Think of the Unexplained Drone Swarms?