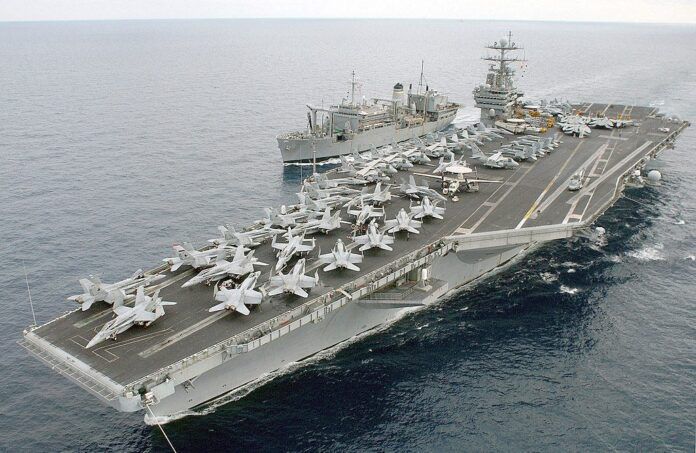 Someone on the Navy carrier USS Harry S. Truman has some explaining to do after one of its F/A-18s was blown off the deck. The Navy confirmed the mishap occurred July 8 in the Mediterranean while the ship was undergoing a replenishment-at-sea. The Navy didn’t release any details but said it happened during “unexpected” heavy weather. One sailor was injured but is expected to make a full recovery.

The fighters are secured to the deck with chains and it’s not clear how this one got loose. The Navy said the replenishment was stopped but the carrier remains mission capable. There is, of course, an investigation. Depending on the model and configuration, Super Hornets cost between $30 million and $60 million.