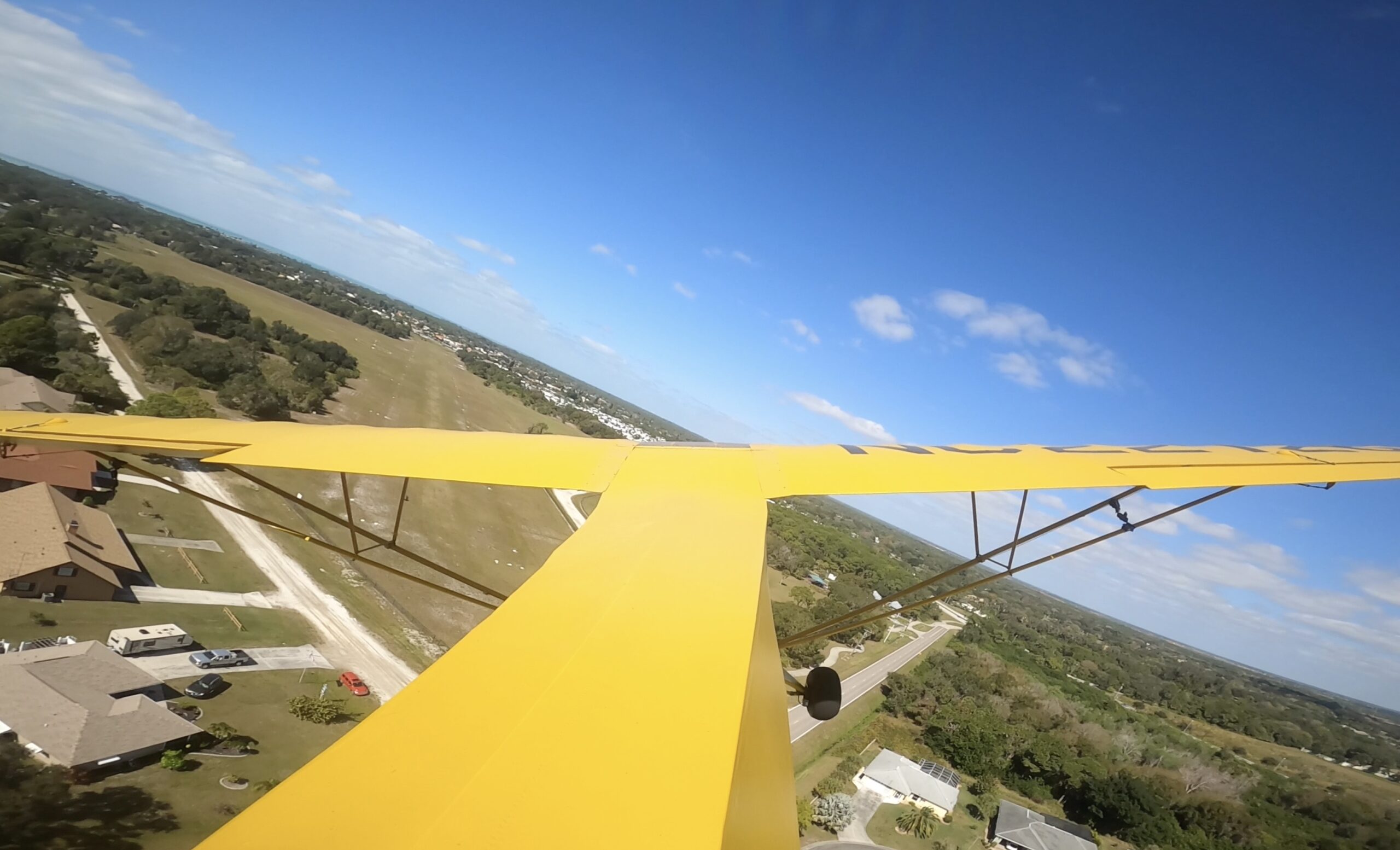 Slips: Forward Or Side, What’s The Difference And Why Care?

As usual, great article…and for once a clear explanation that a slip is a slip…forward or side. I demonstrated a turning slip to a mission aviator trainee one day in our straight tail 172 with full Horton kit. Once established on base, I did a turning slip to touchdown. He had never seen that, asking for an example of why one would do such a thing. I relied, I would do this if my windshield became obstructed for a variety of reasons, or if I was dealing with an engine fire. This is another way to lose altitude quickly, with no speed increase, keeping runway in sight when dealing with high trees on the extended runway centerline common in many unimproved strips. Many times there are no or less obstructions on an angle to the runway center line. He just nodded and said he wanted some instructional practice which I gladly provided.

About five years later, he emailed me a thank you for saving his life. He had an oil line to the prop governor rupture on an Arrow he and a friend were flying during a very cold winter flight. His windshield became a frozen goo at about 7,000 ft over somewhere in Tennessee. His flying buddy that day was an instructor who did not know what to do when he lost all forward visibility. Our mission aviator took the controls and did a long circling, slipping, dead stick approach to an airport below to an uneventful, quiet landing. He said it worked great using an open storm window in the side window to keep the runway in sight.

While unporting of fuel can be a problem on some airplanes, including the Bonanza we own, usually the unporting happens in a prolonged slip lasting 30 seconds or more. Short slips can be done safely even in a Bo. As others have shared, once the proper pitch angle is established with proper speed going into the slip, turning or otherwise, if maintained throughout the slip, the speed will be the same when the slip is ended.

Nice to see where a slip is a slip can very useful. Thanks for a wonderfully well written and useful article!

I just tested my slip technique this afternoon in my CallAir Cadet. Slips are slips, pretty much as you say, Paul. The difference is terminology and purpose; in my not particularly humble but honest opinion, the orientation of the longitudinal axis of the airplane relative to the runway. If the longitudinal axis is displaced from the runway alignment, it’s a forward slip, used to increase descent rate/angle. If the longitudinal axis is lined up with the runway, the relative wind is from the low-wing side and is therefore a side slip, used to keep my taildragger wheels rolling in the right direction, hopefully without drift. I don’t spend a lot of time thinking about them, they’re just something I do.

Many thanks, Paul, for yet another thoughtful essay. Your comments spark three points in response:

– Follow the science. We do not have accurate counts of the number of operations taking place annually in the few niche areas of Part 91 that legally can be paid. Without that data to form the denominator of a fraction the numerator of which is an accident or incident count, we cannot say that there’s a problem at all, much less how big a problem (if there is one) it might be. NTSB’s hearing on March focused on one or two exceptionally tragic accidents per niche, implying that these rare outliers are representative of the safety level of that whole class of operations. That is not analysis; it is propaganda.

– Informed consent: If we had reasonably accurate counts of annual operations in the few niches of Part 91 that legally can be paid, it would be a simple matter to compile an average annual accident rate for each niche, and an almost equally simple matter to require niche Part 91 operators to provide prospective passengers with the latest rates for that niche, perhaps with those for U.S. airlines and over-the-road passenger vehicles as well, for context and comparison. A decision to undertake the activity in the face of that information would constitute informed consent, in my opinion. Gathering the necessary annual counts of operations per niche would be an excellent use of aviation association resources and a significant contribution to both industry and the flying public.

– Words have consequences, moreso even than elections, a truth the most literate rock band ever noted 50 years ago this June. In light of this essay’s generally reasoned tone and even-handed treatment of its subject matter, the headline makes an unjustified and inflammatory claim and the term “wild west” is wildly inappropriate. Part 91 is not the “wild west” of civil aviation, unless someone’s concept of “wild” includes required government processes and government approval for every vehicle design, crucial part, production plan, and individual vehicle; government prescribed and mandated training for each driver or maintainer; constant government surveillance of vehicle location in busy areas and government control of each vehicle’s movements in busy areas…. I could go on for a long time in this vein. Part 91 is to the Wild West as a swim class at the Y is to throwing a 3-year-old into the ocean to teach them how to swim. The Y may not be as spiffy as the country club pool, but it sure ain’t the coast of Maine.

In Canada the equivalent to Part 135 is Canadian Aviation Regulation Part 703. However there is a also CAR Part 702 called “Aerial Work”.
It captures all the specialty flying like ag, survey, photo, firebombing, and skydiving.

All skydiving operators in Canada have airplanes maintained to a commercial standard by a Approved Maintenance Organization, ( equivalent to a FAA repair station j, an approved operations manual with required annual training and annual competency checks, and are inspected by Transport Canada as part of the national surveillance plan.

Skydiving seems to be doing just fine in Canada and has a significantly better safety record than US operations. Self regulation doesn’t work as the “standard” will be set by the worst operator.

The warbird operators are a bit of a different story. The reality is there is almost no knowledge of warbird operations in the regulators. It is really up to the heritage organization to step up.

This reminds me of civilian formation flying 20 years ago. After a spate of accidents the FAA told the warbird and type clubs to sort it out or the FAA would do it for them. The result was the Formation and Safety Team (FAST). It is a coalition of about a dozen groups. There are now Formation SOP’s , training and checking and a FAST card is recognized by the FAA and Transport Canada. The formation accident rate has been dramatically reduced.

I would suggest that the groups selling warbird experience flights have to step up. Continue killing passengers in preventable accidents and they will get regulated out of existence, and they will have nobody to blame but themselves…

Poll: Do You Think There’s a Covid Risk in Flying on Airlines?

Paul Bertorelli - April 13, 2021
When Piper announced that the Garmin Autoland system would be available in its M600 turboprop a year ago, some predicted it would allow the company to double its sales. It may not be quite there yet, but the system has definitely sold some aircraft. Because of the COVID-19 pandemic, Piper hasn't shown the HALO-equipped airplane at a major show yet; Sun 'n Fun 2021 is the first.
© 2020 Aviation Publishing Group. All rights reserved.