Home AVWeb Insider Doing Runway Turnbacks Is One Thing, But Should We Teach Them?
Print
Email
Facebook
Twitter
Linkedin 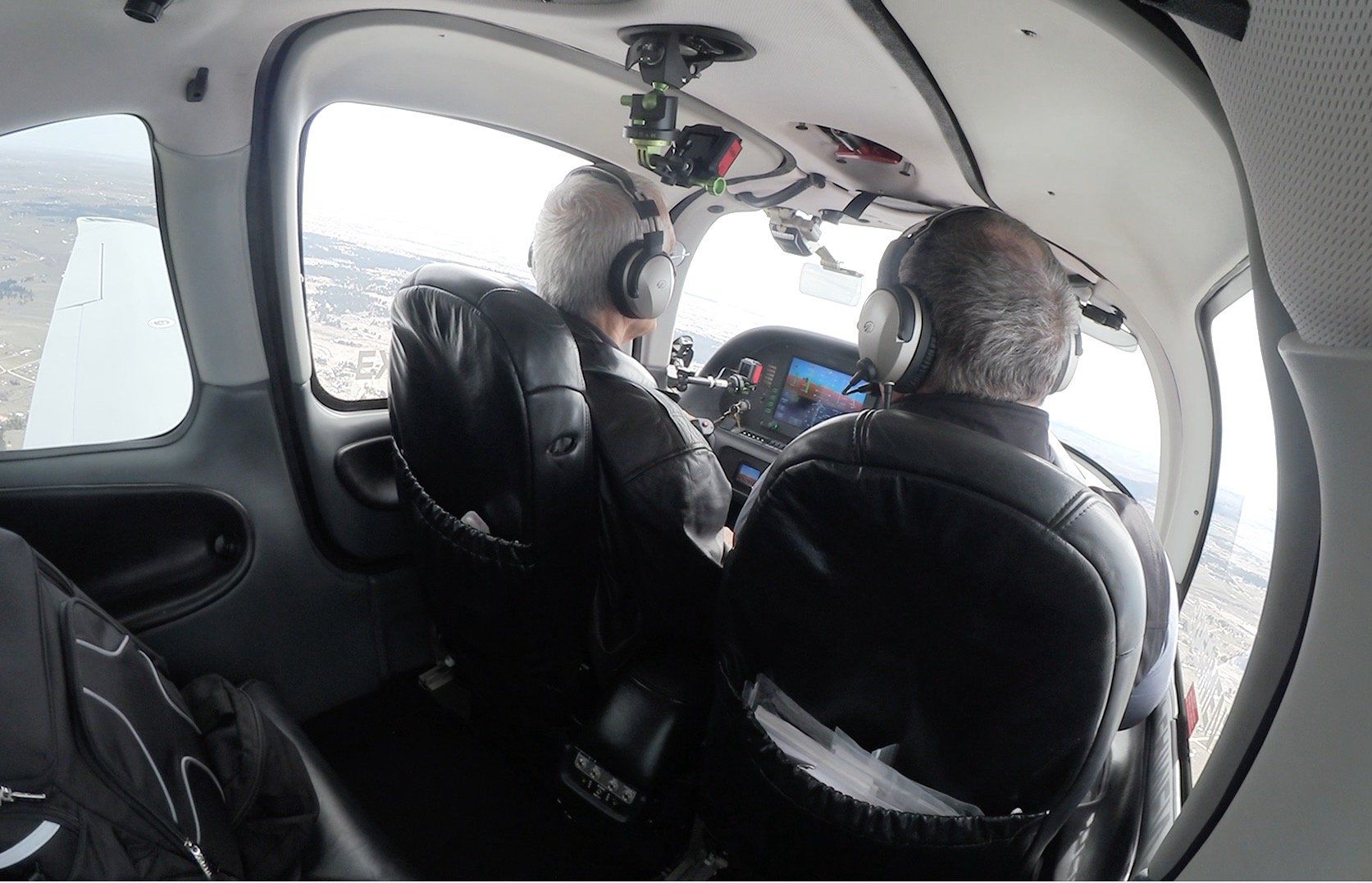 If I had been sipping coffee on the morning I read Barry Schiff’s column in the April AOPA Pilot magazine, I would have spewed java all over the page, making me look like an unemployed comedian, and making the column difficult to read. Fortunately, the coffee was still brewing.

You’re probably an AOPA member, so I won’t worry about revealing any spoilers in Schiff’s column. And if you aren’t a member, you didn’t and won’t read it.

He starts out by recalling his 1957 180-degree return to the takeoff runway. It was in a Stinson Voyager, while checking out a student. The engine quit shortly after takeoff. Having to choose between landing on rooftops or people, he did the 180, and stuck it on the takeoff runway. Seventeen years later, he wrote an article (again for AOPA Pilot) in which he discussed how to choose between landing ahead, or turning around. Soon after publication, Schiff hit the fan. For decades.

Are pilots still actually arguing about whether the impossible is possible? I found this on the web:

“This dude videos himself in flight, during which he recites an egomaniacal sermon about why it is simply impossible to land an airplane on the takeoff runway. Then he demonstrates his technique, proving that safely turning around would violate the laws of aerodynamics. And he pleads, nay, commands you to do as he says, or you will die. So will your passenger. Instead, he wants you to put it down straight ahead (or up to 30 degrees left or right). Maybe on that house—the one occupied by the couple who just brought their first baby home from the hospital.”

What could possibly make me spit coffee 60+ years after Barry performed his first public, non-simulated engine out and 180 to a landing? What could end his 44-plus year war against those who claim his beliefs are aeronautically blasphemous? Schiff pointed it out. It’s this:

A.11.4 Return to Field/Engine Failure on Takeoff.

Flight instructors should demonstrate and teach trainees when and how to make a safe 180-degree turnback to the field after an engine failure. Instructors should also train pilots of single-engine airplanes not to make an emergency 180-degree turnback to the field after a failure unless altitude, best glide requirements, and pilot skill allow for a safe return. This emergency procedure training should occur at a safe altitude and should only be taught as a simulated engine-out exercise. A critical part of conducting this training is for the flight instructor to be fully aware of the need for diligence, the need to perform this maneuver properly, and the need to avoid any potential for an accelerated stall in the turn. The flight instructor should demonstrate the proper use of pitch and bank control to reduce load factor and lower the stall speed during the turn.

These elements should give the pilot the ability to determine quickly whether a turnback will have a successful outcome. During the before-takeoff check, the expected loss of altitude in a turnback, plus a sufficient safety factor, should be briefed and related to the altitude at which this maneuver can be conducted safely. In addition, the effect of existing winds on the preferred direction and the viability of a turnback should be considered as part of the briefing.

If Schiff and (now) the FAA are right (and c’mon, admit it: they’re right), then the video guru should be banned from the web and have his CFI revoked. He’s blindly, and ignorantly, telling you to risk your own life (and the lives of others) based on his personal theology of aerodynamics.

In a response to an email, Schiff said one could write a book on this subject. I agree. Or at least there should be some comprehensive and practical advice (from the FAA or others) explaining the variables involved in choosing forward or backward. He called “for the FAA—perhaps with industry cooperation—to develop and provide the necessary guidelines.”

In my first five years of training light sport pilots in light sport aircraft (S-LSA), I taught engine-out procedures in the practice area, at altitude, focusing on getting the nose down due to the rapid loss of lift when the overpowered fan stops. I didn’t feel comfortable practicing engine-out failures at low altitude. But as I gained experience in the airplane, I began exploring on my own. Our trainers weighed in at 1130 pounds gross (one was 1030 pounds). They had 100-HP Rotaxes. These birds had enviable power-to-weight ratios.

I did have one engine failure after takeoff during an introductory flight. We were a little below 500 feet when the airplane started shaking, as if a piece of the prop came off. I cut power, and turned into the wind (keeps you closer to the field). To my surprise, we not only made it to the runway, but without a slip, I would have been too high. I never saw that potential student again.

On another day I was giving a BFR, and we had a very strong headwind on takeoff. The PIC wanted to see the 180 demonstrated. I pulled the power at 500 feet, turned left, then downwind, midfield base, final, and completed a with a normal landing. On the takeoff runway.

The 180 isn’t always—or even frequently—the answer. But there are times when it is your best answer.

P.S. Barry Schiff’s son, Brian, will be delivering a live seminar on this subject on May 15, 2019 (EST) on line at this link. It will also be available (but not live) after that date.