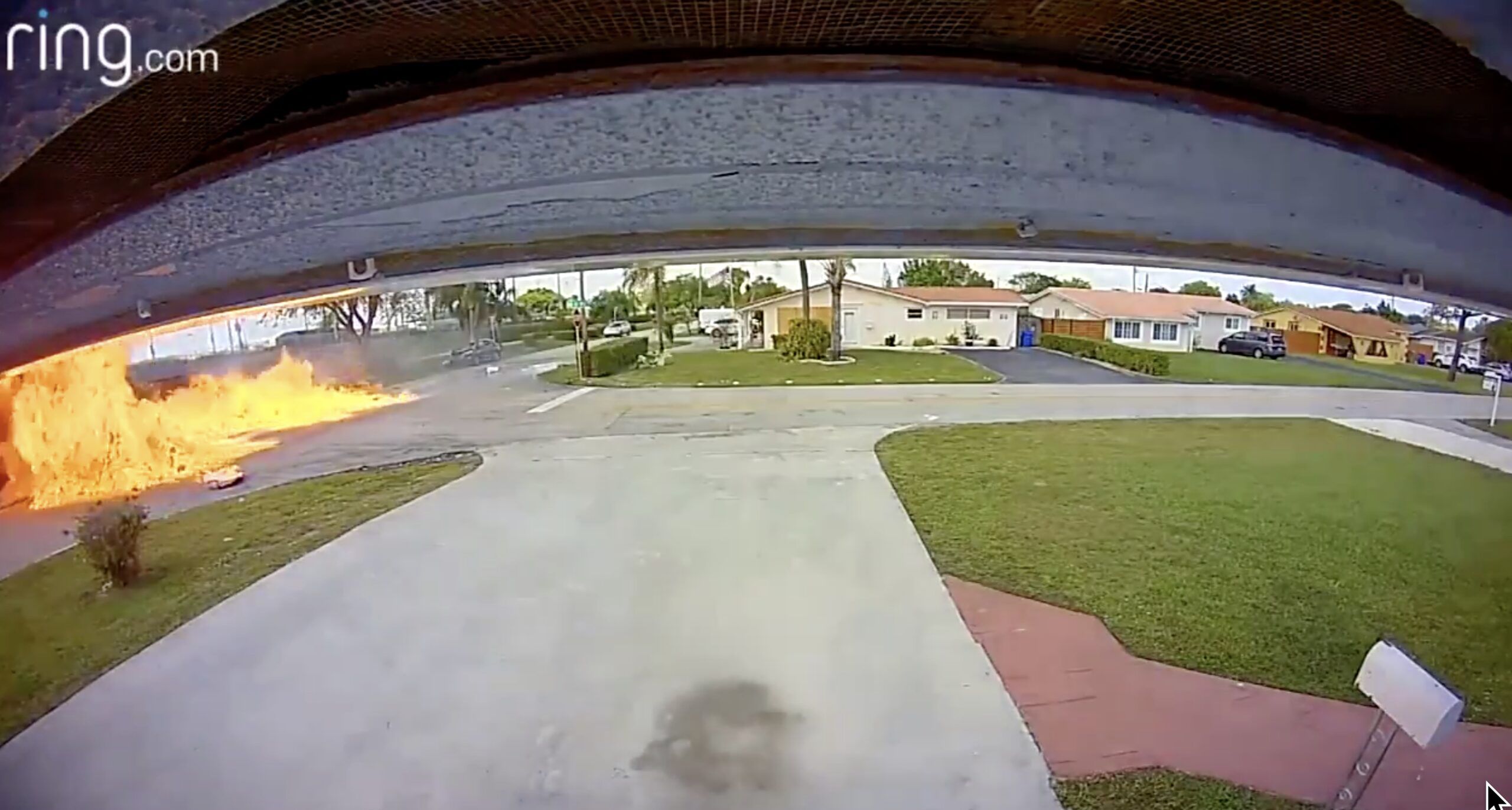 Every year in the U.S., there are between 200 and 250 fatal aircraft crashes totaling about 400 or so deaths. Four to six a week. These numbers are so predictable and so utterly ordinary that we rarely cover them on AVweb. Not to be too cynical about it, but fatal accidents are the unfortunate normal side of general aviation.

The exceptions—and there are exceptions—are crashes that involve an unusual number of fatalities, midair collisions or, the ultimate news catnip, video. That was the case for the story we ran about a horrific Bonanza 36 crash at North Perry, Florida, on Monday. Two people in the airplane died and a third, a child, died after the vehicle he was riding in was struck by the airplane, which immediately burst into flames.

The story for us was not so much the crash, but that a doorbell video caught the impact in detail. That’s what the headline said, in fact. It went viral by the following morning. I saw the video that evening on my local Florida station and although it’s on national network sites now, I don’t think it got wide airplay. It wouldn’t have merited even a mention without the video.

Which goes to show how the whole of news gathering gets swept up in the power of video imagery because writers and editors understand the engagement factor. It’s clickable and clicks rule. So we ran it. The news was not that it happened, but you could see it happen. It’s the same reason that when I turned in photos of a multi-vehicle crash on I-70, the city editor used the one with the thickest smoke plume.

Is there a takeaway to be had for the aviation-savvy viewer of this clip? Ostensibly, no. But maybe yes, if you allow it to seep in. The more reporting and analysis I do on accidents, the less I think doing so has any salutary effect. I think we in the press do it because it’s sometimes interesting but the base motivation is voyeurism. We look at accident reports and have one of three reactions: That would never be me, I’m glad that wasn’t me or there but for the grace of God.

The North Perry crash is probably no different. Stipulating that the initial speculation was correct and that the pilot suffered an engine failure and was attempting to turn back, what you may see here is a textbook example of how turnbacks often go wrong, with fatal results. It looked like a stall/spin. Assuming that’s true, does the video inform your knowledge of what can happen in such accidents or, more important, does it change your mind about doing one if you have an engine failure?

I suspect for most of us, it does not. Merely from memory, you could likely write a good essay on the pros and cons of the turnback maneuver from spirited arguments you’ve read or heard. Aviation as a subject being somewhat narrower than the sweep of Western civilization, we tend to reheat topics periodically and the dead horse of the turnback has long since been reduced to the molecular level. And still, we don’t agree on it and still, there are several fatal accidents a year for the same reasons there always have been.

Never-turnback diehards will see in the video affirmation, proving what they always thought was right: Turnbacks are deadly. And they’ll be correct. Pilots who think a well-executed turnback can be a survivable option will point out that a poorly executed one won’t be. They’ll be correct, too.

Standing proudly on my pedestal of non-committal, I’ll demure in second-guessing the specifics of this accident. Which is another way of saying viewing the video hasn’t changed my attitude toward turnbacks at all. I remain an agnostic, neither for nor against. Myriad unpredictable variables legislate against unyielding rules applied ahead of the fact. In other words, it depends. But if you’re going to try one, it seems to me you’ll have a better chance of surviving if you practice it a few times before doing it in the heat of battle. And make the decision on the ground before the engine quits. Otherwise, the straight-aheaders have the higher percentage. (I did a video on it once. Sorry, no crash, but it does have a guest appearance by John King.)

I’ll concede I’m peeking out from behind the fig leaf of a higher purpose in running crash videos. Not my first day in the news business. But if you allow that video to cause you to reexamine what you think about turnbacks and why you think that, then the thing actually might have achieved something higher than just another titillating link.