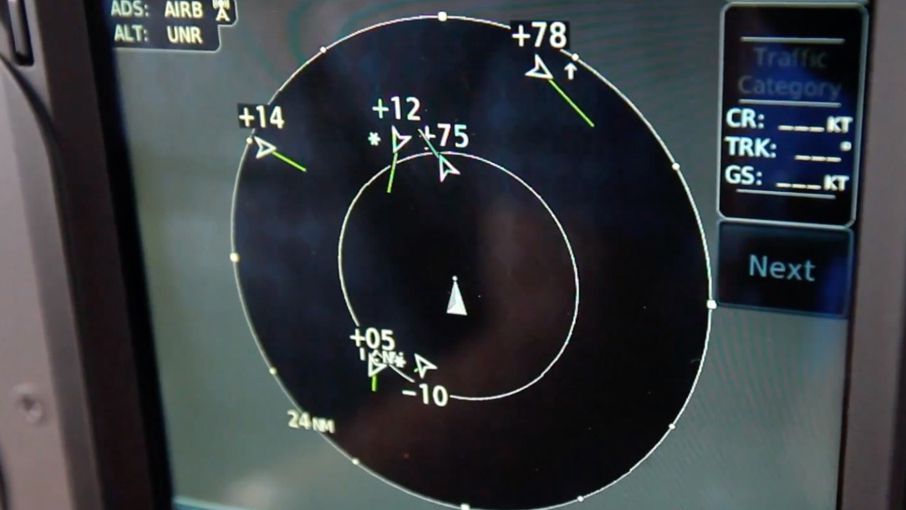 If I were more diligent about keeping logbooks, I could look up the date when my airplane partner and I flew up to meet John and Martha King in Jacksonville for some kind of event or another. When we got to the airport to depart, the weather was crap; probably ¼-mile and indefinite ceiling. It was night. This was—and probably still is—just the kind of instrument flying I love. I remember John saying he agreed and was happy to see someone else actually doing it.

Despite that avuncular presence on the green screen, Mr. King’s inner wild child is revealed by another comment he made earlier that day when we were discussing the five bad attitudes the FAA is always trying to browbeat us with to warn that a mild-mannered podiatrist can metastasize into a psychopath at just a whiff of 100LL. You remember them, right? Anti-authority, impulsivity, invulnerability, macho and resignation. “Hell,” John observed, “you have to have three of those just to want to be a pilot in the first place.” My three are that I have resigned myself to my anti-authoritarian impulsivity and so far my machismo has rendered me untouchable. I guess I’m over budget.

And here, I’ll segue into the Martha Lunken story Russ Niles filed this week and which is otherwise bouncing around social media like a rubber check in a tile bathroom. Summary: Ms. Lunken, a well-known Ohio aviation personality and Flying Magazine columnist, decided, on a whim, to fly under the Jeremiah Morrow Bridge that carries I-71 over the Little Miami River in Oregonia. Ohio. Here’s a picture, so you can see the appeal. It’s the highest bridge in Ohio. If your reaction is, “that would be a cakewalk,” you’re not alone.

But the act is indefensibly boneheaded, which she admits. But for one line in the FAA enforcement letter, it’s not wild-eyed crazy, either. The line is: There were people under the bridge. It provides no further detail so we don’t know if they were in boats or having picnics on the shore. For me personally, if I were willing to take on the bridge stunt, I’m not willing to risk the remote chance of having the flaming wreckage with me in it land between the chicken and the potato salad of the Stooldrear’s Sunday outing. That, if you’ll pardon me, is a bridge too far.

I’m not too worried about knocking the bridge over or hitting cars. Still, I wouldn’t try it for reasons related to the thrill-versus-consequences ratio. The potential ^%$ storm Ms. Lunken is now inevitably enduring, with this blog being another predictable gust, is hardly worth the payoff. Now if I were flying with Michael Goulian inverted … give me a minute on that. Nor would I accept the argument that one bridge buzz job is necessarily emblematic of a pattern of bad judgment or a gateway drug to yet more demented acts, say, like buying an Ercoupe.

Being a columnist and all, Lunken is an opinion leader of sorts and thus expected to be, if not a moral guidepost, at least not too much of a knucklehead. It is a kind of burden to bear, earned or deserved or not. Readers develop a perception of a media persona as somehow an exemplar. Perhaps showing yourself to be all too human is the on-ramp to redemption. Nonetheless, one needn’t bore holes under a major interstate artery to reach that higher plane of aeronautical wisdom conferred upon those of us who sin, repent and rejoin the flock. The more mundane runway excursions, fuel exhaustions and taxiing into hangar doors should suffice without the prospect of a permanent chair on the beach because you appeared to show criminal intent.

The eye-opener is that the FAA raised the charge to Murder 1 because they claimed Lunken intentionally turned off her ADS-B to avoid detection. She says she did not. This shows the low standard of proof in administrative law. You are presumed guilty if the government says you are and the burden is on you to prove otherwise. They revoked all of her certificates. She has to start anew if she wants to fly again. Odd calculus indeed. If I had to go through all that just to reinstate my certificates, I’d rejoin my bowling league. That said, there might yet be a pretty good T-shirt business is this. Aviation, like motorcycling, has its outlaw contingent.

Her case also shows the uneven way penalties are assessed. The day before we reported this, I got a call from a reporter in Oregon asking about a case where a local pilot—the mayor of a town—was suspended for 200 days for operating a Skyhawk that was two years out of annual and without having had a flight review in six years. He appears to have run the airplane out of gas and landed on a beach causing grievous injuries to one of his passengers. Scroll to 11:11 in this video to see it. In my view, he got a light sentence despite a persistent pattern of bad judgment and noncompliance.

While we’re at it, don’t let it escape notice that ADS-B is now an enforcement tool, even if isn’t working. And I did not know that if the FAA decides you turned it off to evade detection, it’s an automatic—or at least potential—revocation.

And since bad things come in threes, I learned of another accident this week in which ADS-B may be a factor. A flight school Skyhawk crash landed on a golf course after an ADS-B track that may show impromptu aerobatics. Even if that isn’t true, the ADS-B will be the music for a rug dance for the pilots, I’m sure.

There are two blades to this dull axe. On the one hand, if knowing that ADS-B is the all-seeing eye it may appear to be serves as an inhibition to doing stupid stuff—like flying under bridges on a whim—that’s not a bad thing. On the other hand, the data might be compromised or made to somehow catch you in a marginal act leading to enforcement that wouldn’t have otherwise happened. I’d much prefer they spend their resources trying to find causes for all those unknown engine failures.

Of course, if your airplane has no electrical system, like my old Cub, that’s different, isn’t it? (It does have the 1930’s style three-foot N-numbers under the wing, however.) I’m still not doing the bridge thing. Bucket list or not, I’ve never liked explaining myself and I’m pretty sure I’m not gonna start now. Don’t want the time, not doing the crime.