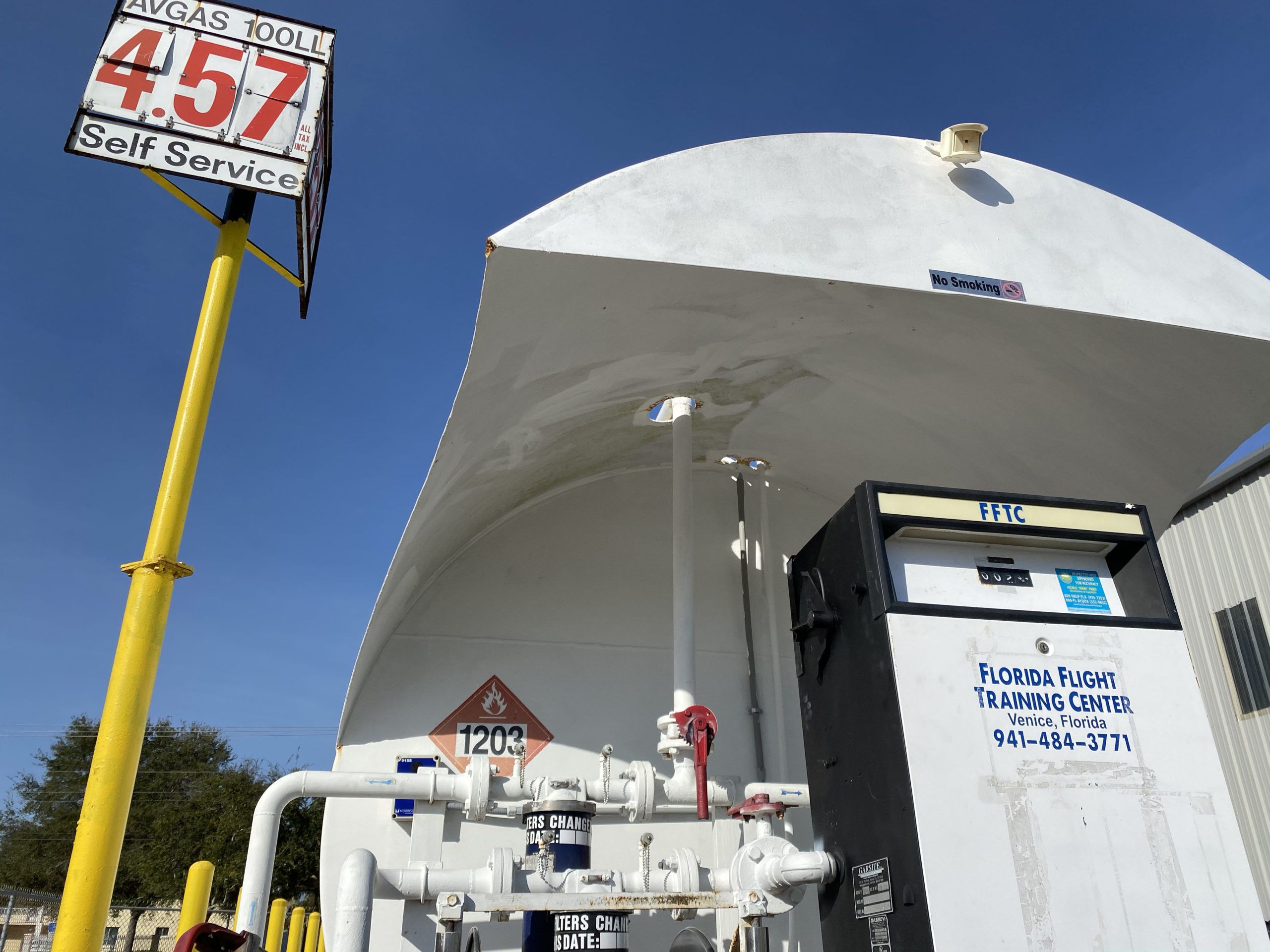 Doing a little back-of-the-envelope math here, it looks like I have spent just shy of half of my entire life writing about avgas. And not just avgas, but the unleaded replacement for it that would ultimately banish tetraethyl lead to the same place we sent dioxin, radium paint, asbestos and the Gilbert Atomic Laboratory Kit for kids that actually contained bits of uranium.

So you’ll forgive me if I was blase about last week’s report from the National Academies of Sciences, Engineering, and Medicine Transportation Research Board recommending what we should do about leaded avgas. Reading it felt a little like a gauzy tour of the 1980s delivered by someone who didn’t know we actually detested ABBA and we all knew that Scratch ‘n Sniff stickers really were disgusting. If you sense a certain black cynicism in my otherwise uplifting prose, I feel certain you will understand. To be fair, there is some wisdom in this report and if you’re paying attention, a warning, too.

As summarized in our news report, the National Academies examined the unleaded avgas problem because of a requirement inserted into the 2018 FAA Authorization Act. And why not? The FAA couldn’t figure this out and neither could the airframers, the engine builders or, so far, the oil companies. Might as well give the academics a shot, right? If you’ve somehow zoned out on all of this—and who could blame you?—the report reviews in great depth how aviation went from being nowhere when lead was phased out of automotive gas in the 1980s and how we have essentially remained right there—nowhere.

But not for lack of trying. As the report notes (barely) and we have reported ad nauseam, the avgas replacement effort accelerated to this-time-gosh-darnit-we’re-serious speed around 2010. And a decade later, we’ve advanced to the very verge of the edge of … nowhere. The FAA put together a four-letter program called the Piston Aviation Fuels Initiative or PAFI. Thus far, it’s not unfair to say this program has been a black box that whirs, clicks and clatters but nothing visible comes out. By statute, because of its interface with the private sector, the FAA can’t talk about PAFI’s findings, so inquiries to the agency are met with the anodyne “work continues” or “progress is being made.”

Such that we know anything, it appears that Shell has a 100-octane unleaded fuel that’s close to being approvable. But the FAA said it fell short of being a drop-in replacement for unstated reasons. One of these could be materials incompatibility issues related to gaskets, seals, O-rings and tank bladders. Swift Fuels was originally in the PAFI program but withdrew to work outside that testing program. General Aviation Modifications Inc. is also working on a 100-octane fuel and has been since 2010. It’s pursuing approval under a novel STC path and reports progress has accelerated in recent months. Phillips is dabbling with its own additive-based fuel, also outside of PAFI.

The National Academies was charged with policy recommendations on reducing lead pollution from avgas up to and including eliminating it entirely. At a meeting in the fall of 2019, according to one participant who attended, there was a discernible tilt toward doing this with mogas and the experts on the board seemed only vaguely aware of PAFI’s existence, much less its activities. In its analysis, the report recognizes that mogas is a non-starter and not likely to have a significant role. So in the time-honored and industry-honed tradition of can kicking, it recommends the EPA conduct more research on the actual health impact of the 468 tons or so of lead aviation spews into the air.

The EPA, you may recall, already has health-risk data and some of it is presented in the report. This has been the basis for the long-awaited Finding of Endangerment that would lead to rulemaking to force the issue for aviation. Without that ruling, the industry has simply had no incentive to get serious about an unleaded fuel, especially one that might require airframe, engine or fuel farm upgrades. Even minimal ones. And one that will certainly cost a little more.

So, again in the grand tradition of loving the problem, the report uses a shotgun approach. It suggests federal agencies should develop training and awareness for the hazards of using and handling 100LL. Whoever wrote that has never cleaned the oily gunk off an oil filter pad with a gas soaked rag. We know this. We ignore it at whatever peril it represents.

The NA data identifies runups as a major contributor to lead pollution. It recommends airports move runup areas away from where they might impact people likely to breathe the lead particulates. Not a bad suggestion, but I don’t know how practical it is.

In place of 100LL, the report suggests 100VLL, which is a tighter spec ASTM-approved fuel with about 20 percent less lead and less octane give away than 100LL typically has. Some refiners can produce this and may actually be. There might be some reticence to do so because of octane shortfalls, but the report says widespread use of 100VLL would reduce aviation lead pollution by 20 to 40 percent if combined with more use of UL94.

As have other researchers, the NA report estimates that up to 68 percent of the GA fleet could burn UL94, a lower-octane fuel that also has ASTM approval. Swift has had some success in marketing this fuel to a few dozen airports and private users, mostly in the Midwest. The researchers recognize that widespread distribution of UL94 is unlikely because airports don’t want to invest in the tankage and owners aren’t demanding this grade of fuel. Regardless of octane, the benefits of unleaded fuel are cleaner plugs and oil and probably less corrosion due to lack of lead salts. That engines might run better and last longer hasn’t resonated enough with aircraft owners to demand a lead-free fuel.

The danger here is this: You may have noticed we had an election and now have a new Democratic president. During the Trump administration, agencies were told for every rule they wrote, two had to be retired. So the agencies have been frozen for four years. The thaw may be coming. An activist EPA could finally stop kicking the can and start kicking out rules once the Finding of Endangerment has been issued. The proportional measures NA recommends may or may not satisfy those rules while we continue to dither on an unleaded 100-octane fuel.

Second, no one really knows if the supply of tetraethyl lead is stable. The U.K.-based Innospec is believed to be the only remaining producer of TEL, although it may also be made in China. Nonetheless, it’s not hard to imagine rules that ban its export or import by a date certain. The number of countries that still allow leaded fuels is a precious few.

That gets us back full circle to the quest for an unleaded 100-octane fuel. Welcome to 1986. Anyone wishing to form a personal opinion about this will be frustrated by PAFI’s opaqueness. Are we close or are we not? GAMI’s G100UL is more transparent, but the marketing and distribution implications of an STC’d fuel are novel. And the FAA has fought this idea and erected barriers for GAMI at every turn, making the FAA’s intransigence instrumental in why we still don’t have an unleaded fuel. This appears to be finally easing.

In the end, the overarching reason we don’t have an unleaded aviation fuel is lack of public policy propelled by the utter absence of will—political, regulatory, scientific and market will. I suspect you’re not clamoring for a lead-free fuel and neither am I. We don’t need, as NA recommends, more study and research. We need leadership and a determination to force this issue with unambiguous policy, not the matrix of half-steps NA offers as a kind of surrender in lieu of doing the right thing. If the unleaded fuel costs a little more or requires some replacement parts in fuel systems, so be it. We need to get this done.

I would recommend reading the report yourself as a means of being more fully informed on the fuel issue, but really because if I’ve spent half my life on this, the least you can do is spend an hour with it. I would urge you to read the section on potential lead toxicity and form your own opinion on whether you think you have a role in reducing that.