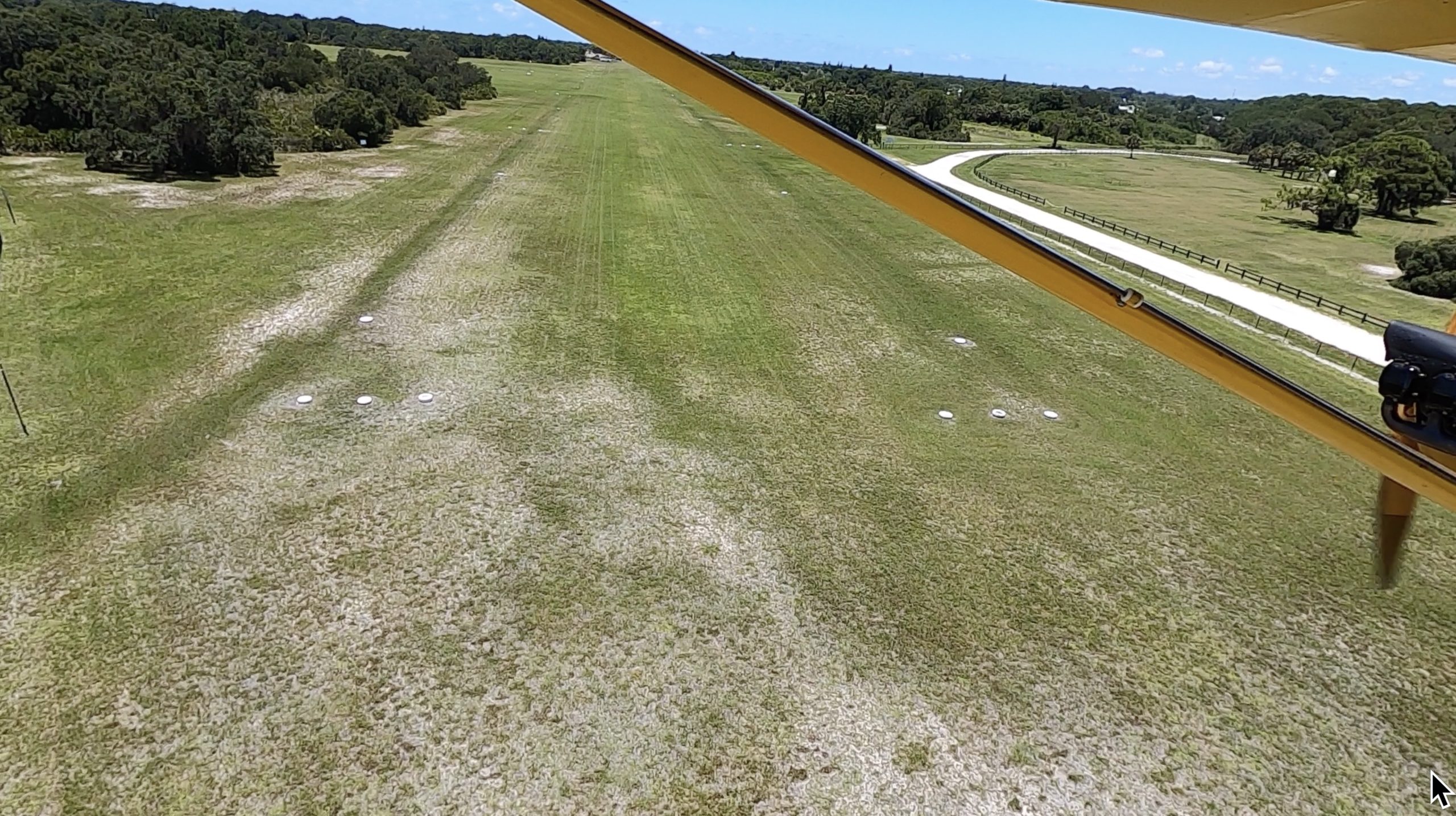 When reflecting upon the mythical glories of flight it’s easy to ignore the unsexier aspects that rarely leak into print. Antoine de Saint-Exupery’s Wind, Sand and Turf ©, a treatise on North African runway maintenance in the 1930s, was an exception but found an embarrassingly limited audience, mostly in Wisconsin, the state that spawned EAA, and where lawncare is sacred, second only to beer and often inseparable. When the first green shoots poke through melting snow in the upper Midwest—June 15 or 20 at the latest—grass-lusting pilots fling open hangar doors, inhale the earthy blend of warming soil and avgas dripping from faulty gascolators and sing, “Gotta mow!”

Some pilots don’t consider grass to be an integral part of the National Airspace System (NAS). Runways to them are unforgiving surfaces with white stripes and arcing skid marks, evidence of landings gone astray. As a student, the paved runway was a merciless judge of my arrivals and the thing I could never seem to find but routinely tried to cross without permission. It’s plowed in winter by persons unknown and sprayed in spring with chemicals to dissuade vegetation from reclaiming the farmland sealed beneath it. It’s rock to my scissory gear legs. In short, I don’t much like it. Make mine grass.

You know the adage: “Give a thirsty man—or woman—a glass of water and he—or she—will be thirsty again in an hour.” But: “Buy either a beer, and you’ll never hear the end of how better turf is than pavement.”

Those of us in the tailwheel realm adore the soft, forgiving quality of a verdant runway, but let’s euthanize one notion. Grass doesn’t forgive you for side-loading a landing, but it does mute your mistakes. Screw up a touchdown on concrete, and the whole airport hears your squealing incompetence. Slide sideways across dewy sod, and no one—except possibly the DPE beside you—knows that you haven’t a clue how to keep the nose straight with rudder and avoid drift with opposite aileron.

Grass imparts unearned mastery and grace to our sport. Can you imagine if PGA tournaments were played on the asphalt parking lot at Pebble Beach instead of 2-4-D-soaked fairways?  Granted, they’d be a lot less boring with golf balls ricocheting off classic Bentleys, but my tortured point holds grass as a surface of sublime refinement, but to maintain that illusion someone needs to mow it—a lot. And when that someone is you, it quickly becomes apparent that spending a summer afternoon communing with acres of aerodrome green is crushingly dull.

It takes about four hours to mow our little airfield, using a wheezy Toro diesel, pushing an eight-foot deck. Each run from approach end to departure takes ten minutes. Doing the math—which there’s plenty of time to do while mowing—that’s 20 minutes per round trip with seven round trips just for the runway. Clipping a runway light, because you fell asleep, adds another two hours for lamp and blade repair.

A nod to safety, of course, is paramount. For that reason, pilots are encouraged not to buzz or toss water balloons at the mower—fun though that is—unless trying to get the driver’s attention to clear the runway, so they can land. Our mower once had a portable radio, but it fell out of the cab in 1998, was run over and never replaced. We’ve tried issuing NOTAMs, “Mowing In Progress,” but face it, nobody reads those things. Arrivals often key the CTAF three times to bring up the runway lights, indicating the driver should clear the runway. An offset low pass to run the airplane’s shadow over the mower serves the same purpose. Assuming, again, the mower operator hasn’t been numbed into a zombie stupor by the noise and heat inside the un-airconditioned cab and fails to notice. Luckily, there are rules … sorta.

Regulations state that an aircraft on final with a PIC that really has to pee has right of way over a mower that refuses to clear the runway. Airports with control towers usually have vast expanses of grass that need to be mowed, but the tower provides a semblance of control over who uses what surface.

Given the hassle of mowing acres of NAS-incorporated runway, ramp and taxiways, is it really that important? Let’s buck 21st Century convention and consider the facts. Tall grass provides cover for a range of suicidal animals with deer being chief among the miscreants who love to play chicken with air traffic. Chickens, oddly, rarely play themselves. Several days ago I had to yield (not making this up) right-of-way to a mud turtle the size of a ‘57 Buick hubcap as it plodded across the runway from one hay field to another, begging the question, “Why did the turtle cross the runway?” Answer: “I don’t know, ask the damned chicken.”

What grass giveth it also withholdeth. Deconstructing that lisping shibboleth, says grass will reduce a landing roll when compared to landing on a hard surface. Now, before you point to FAA exam questions supporting the opposite, be aware that even though a good stand of grass will shorten your rollout—weeds grabbing your airframe will do that—if you stomp the brakes, the locked-up tires will likely slide. Conversely, according to my 1946 POH, the takeoff roll from grass will be lengthened by “a fair amount,” depending, again, on the quality of the turf and pilot’s inclination for panic. Calculating runway distance requirements is swell in the classroom, but sucking the wheels from an unknown density of green fiber takes true seat-of-the-grass-stained-pants skill.

So, whenever you’d rather be flying off a grass strip in the sunny uplands, instead of from heartless asphalt, remember those of us who’d also rather be slipping surly bonds and are, instead, condemned like Sisyphus (Betty Sisyphus, CFII and airport manager at Hadestown Muni, WI) to mow for all eternity, knowing the grass will just keep growing behind us.