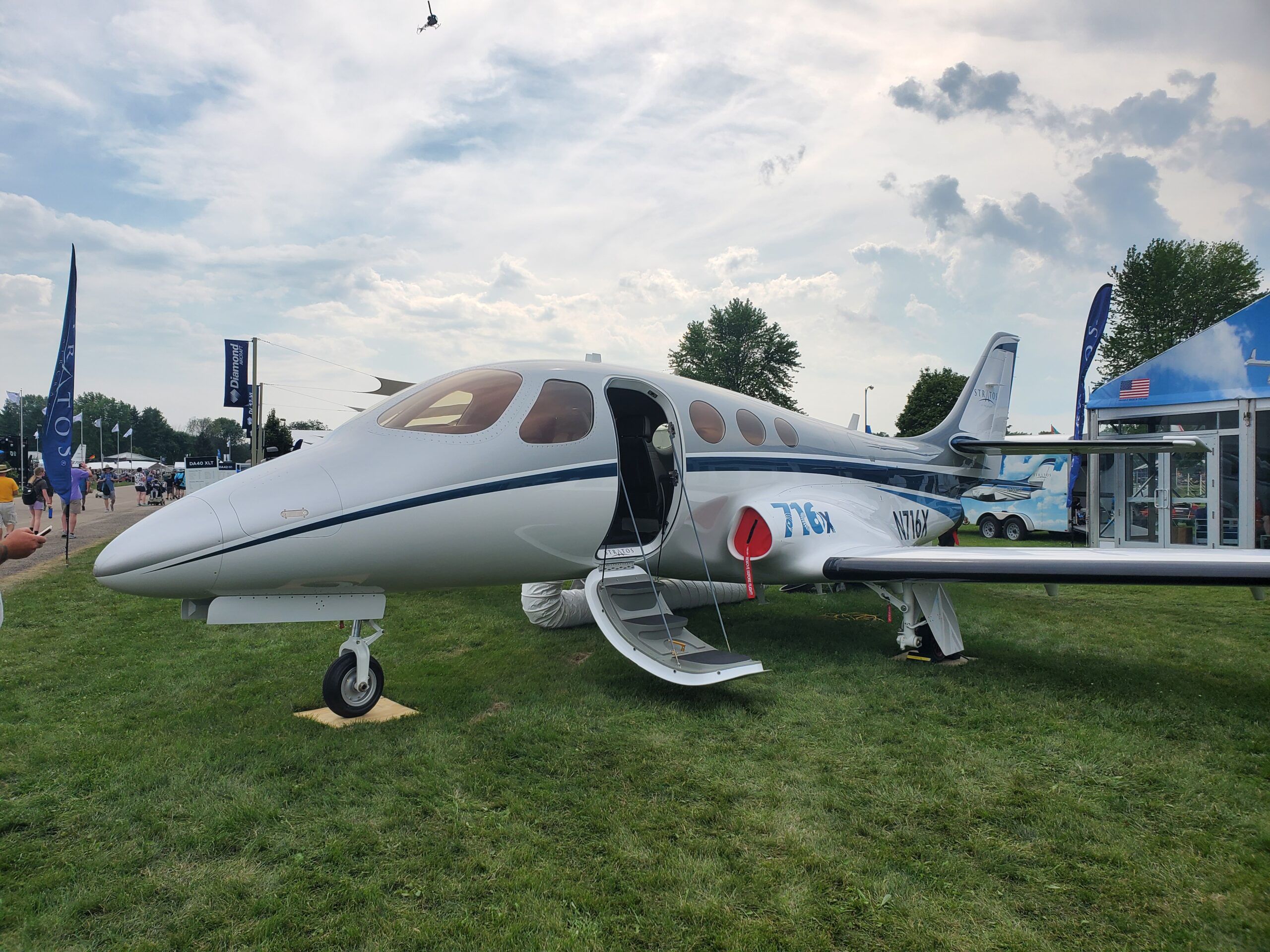 The Stratos 716X kit-built single-engine jet prototype made its first public appearance this week at AirVenture 2021. Beginning in 2022, the company plans to offer between 10 and 12 716X kits with the goal of refining its “manufacturing processes and line efficiencies” in preparation for production of the to-be-certified 716 version. Stratos estimates the 716X can be flight-ready in as little as 9 months using one of the company’s affiliated builder-assist firms.

“People want the high-altitude speed, quiet and smoothness of a jet. But, up until now, many of them have been priced out of the top end of the market,” said Stratos Aircraft President and Chief Technology Officer Carsten Sundin. “At Stratos, our goal is to lower the cost of owning and operating a jet to turboprop levels.”

Based on the slightly smaller 714 design displayed at Oshkosh in 2017, the six-seat 716X is expected to have a cruise speed of Mach 0.7 at 41,000 feet with a range of 1,500 NM. Build price for the aircraft is estimated at around $2.5 million, which includes an overhauled 3,600-hour TBO Pratt & Whitney Canada JT15D-5 turbofan and Garmin 3X flight display. The certified version, which is expected to fly for the first time in 2026, is being priced at $3.5 million.