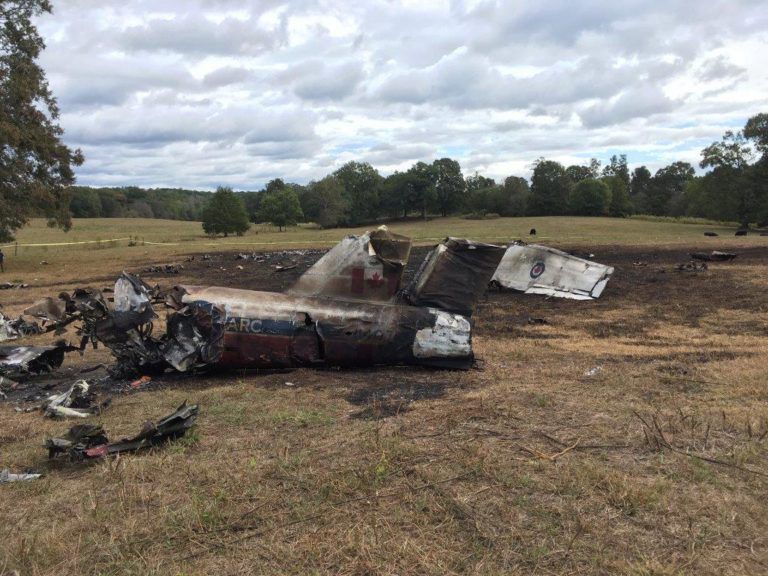 An unresponsive engine led to the ejection of a Royal Canadian Air Force Snowbirds pilot just before the team’s scheduled performance at the Atlanta Air Show in October according to an RCAF report. The brief preliminary report said Snowbird 5 pilot Capt. Kevin Domon-Grenier had just performed a routine pre-show check with the aircraft inverted and behind the main formation. After rolling level, he selected full power and the engine did not respond normally. The aircraft was at low altitude and there were no nearby airports so he ejected over an uninhabited area and suffered only minor injuries in the ejection. The aircraft, a CT-114 Tutor, was destroyed.

Domon-Grenier was taken to a hospital as a precaution but released that evening. He reported “anomalies” with the ejection but the RCAF did not elaborate on what went wrong. The Tutor fleet was grounded for six weeks while the investigation was carried out and the planes have since been cleared for a ferry flight from Atlanta back to their home base in Moose Jaw, Saskatchewan.