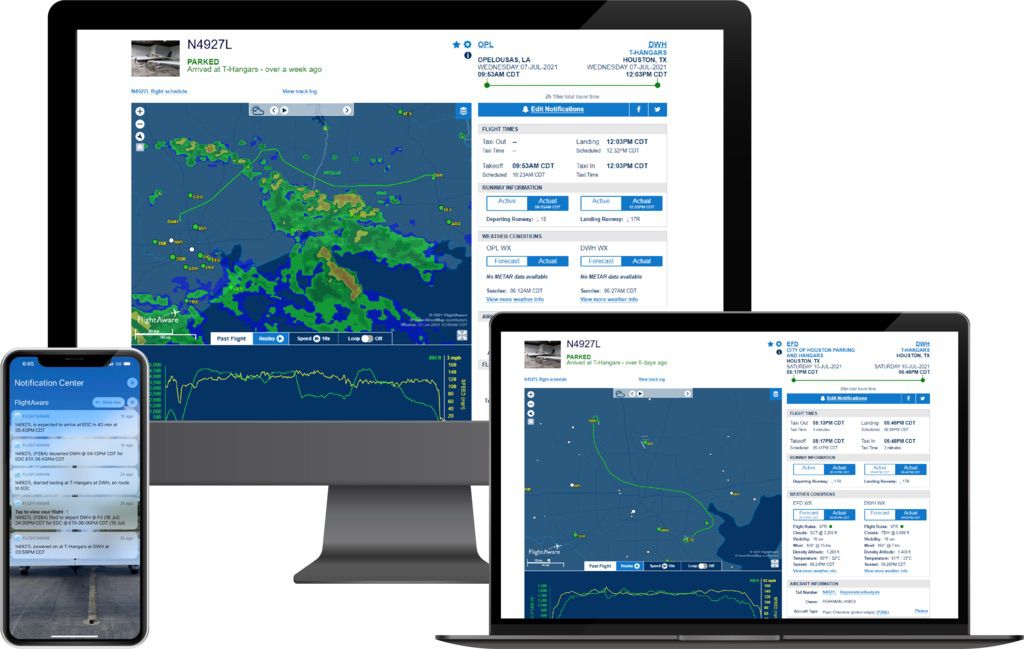 During EAA AirVenture, flight-tracking specialist FlightAware announced Aviator, a new subscription-based service. FlightAware’s free service is popular among pilots and others with an interest in keeping tabs on airline flights and other aircraft activity. Aviator ramps up the sophistication of the data available, and FlightAware believes pilots, aircraft owners, renters, their family and friends, FBOs and others will find the data-rich product highly useful.

Subscribers can track multiple tail numbers, designed as a feature for fleet operators and renters who might fly multiple aircraft. FlightAware acknowledges that does raise the issue of privacy and considered enabling blocking but decided against it. App developer (and Cherokee 180 owner) James Parkman said blocking would “change the landscape of GA flying,” adding that Aviator is no different from any other flight-tracking program in terms of access to tail numbers. “Any aircraft owner can be on the FAA block list if they really don’t want to be tracked,” he said, “and FlightAware honors that.”

The enhanced flight history information is attractive to flight schools, Parkman said, and the premium Aviator Plus offers monthly reports, which can be very helpful for scheduling 100-hour inspections. He also described the “sexier” overlays, such as satellite maps with boundaries, sectional and enroute charts, TFRs and premium weather layers, including weather radar, turbulence, airmets, sigmets and icing.

The enhanced flight records enable replaying a flight with information on speed and altitude at all stages, and even squawk codes. The graphical presentation tracks the route of the flight. Parkman also projected that Aviator subscribers could connect via social media; maybe even practice “badging” like runners and cyclists do—citing those who accomplish weekly or monthly milestones such as number of airports visited, for example.

Future plans include adding more data to the mix, including power settings, engine performance and temperatures, for better tracking and scheduling maintenance.